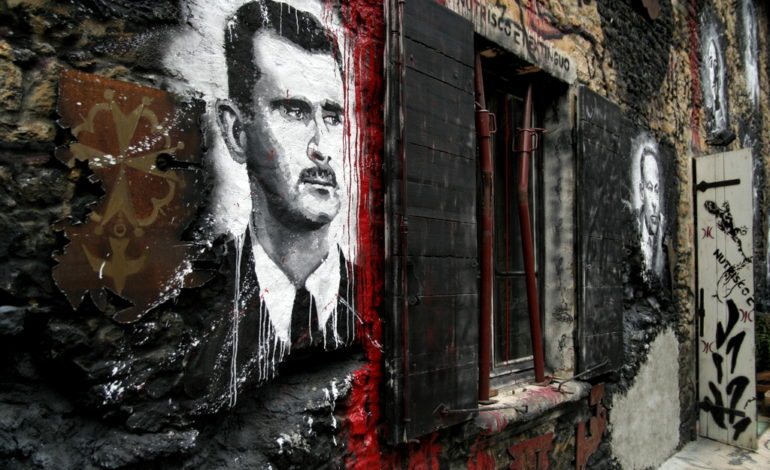 Control of Aleppo is the endgame for the long-term survival of the Assad regime. The military now has the upper hand in Syria’s second most important city – a former national commercial hub. And that is largely the case because the regime believes peace (on its terms) will only come through a decisive military victory.

The push for Aleppo

Such a commitment to a military solution means the fight in Aleppo is about to get much bloodier. More people will die. And more of the city will be destroyed. Only after this will ‘peace’ return to Syria; and those dictating this peace will be the Syrian government and its prime guarantor – the Syrian Arab Army (SAA).

‘Castle Damascus’ (the security arch which protects the capital and main arteries to other major government strongholds) will extend through the country up to the Turkish border. The SAA will then mop up the remaining insurgents locked within its extended security ‘Castle’ from south to north (Damascus to Aleppo). After this, it will continue from west to east throughout Syria’s traditionally Sunni mid-section. Finally, ‘the race to Raqqa’ (the Daesh (Isis/Isil) capital) will start.

I will base many of my forthcoming dispatches on information I gained from a conference I attended in early November. The British Syrian Society facilitated the conference, which has already attracted some controversy. This is something I intend to address in later commentary.

At the conference, US and British military analysts revealed that Russian and American talks (now collapsed) will not amount to anything, even if they restart with some promise of substantive ‘results’. Syrian (and Russian) officials, meanwhile, believe that the only intention behind humanitarian ceasefire talks is to stall a decisive regime victory. Washington will simply keep suggesting talks as a form of political window-dressing aimed at ‘saving face’ morally.

As for the West, neither the UK nor the US have the political will to impose a proposed ‘No Fly Zone’ (NFZ). The Obama Administration is clearly content on ‘punting’ the Syrian policy nightmare to the next administration. Obama will not risk his own legacy (as a Nobel prize-winning president) to start an all-out military confrontation with Russia. Especially when US national security is not directly at stake. In fact, the current strategic landscape in Syria has as much to do with the domestic politics of the two competing superpowers (and the upcoming US election) as it does with anything else.

In short, the ultimate outcome in Syria seems at this point like it will only be decided on the ground. And this is bad news for the innocent men, women and children caught in the crossfire. Each side, meanwhile, will use civilian atrocities to blame the other; war propaganda will continue to be thick – as has been the case with all civil wars. Any person or government with truly humanitarian interests will need to recognise this, and take appropriate action to encourage de-escalation.

Stay tuned for [Part III] in our series of articles from the ground in Syria.

– Read The Canary‘s previous articles on Syria at The Canary Global.