Barack Obama gives a final stark warning to the US ahead of the election results [VIDEO, OPINION] - Canary 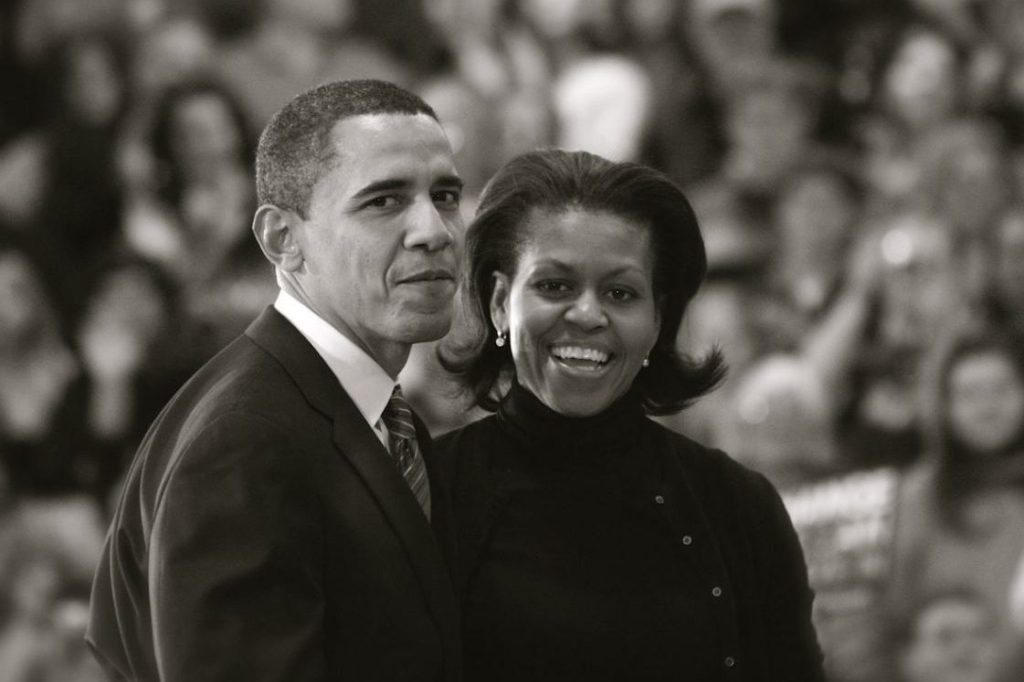 Within hours, we’ll finally know who’s going to lead the US in the coming years – Hillary Clinton or Donald Trump. Regardless of personal affiliation, most US voters would probably agree that these are two of the most controversial characters to stand simultaneously for the Oval Office; rarely have so many voters been so opposed to one, or both, of the candidates. And in a recent interview for HBO, sitting president Barack Obama gave his own two cents on the issue, while speaking about his own time in office. But given his own record, will US voters listen?

The Swansong of Barack Obama

Various scandals have dogged the campaigns of both Clinton and Trump. For Clinton, the FBI’s abortive investigation into her emails have been a key issue. For Trump, allegations of rape and sexual assault. But while the US has had ‘crooks‘ in office in the past, never before had both candidates for the presidency been under investigation for serious crimes at the same time. That’s definitely a milestone, from anyone’s perspective.

Whatever people think of Obama, most would probably agree that neither Clinton nor Trump are quite as ‘cool’ as the incumbent president – in terms of his behaviour and charisma, that is. Either way, America is in for a very different style of president.

In a recent interview for HBO, Obama spoke to US satirist, comedian, and journalist Bill Maher. The interviewer is well known for his divisive and opinionated style. He has also openly supported Obama’s presidency. But he didn’t give the sitting president an easy ride. And it would be hard to imagine Clinton or Trump being so frank and relaxed with Maher. (Certainly not Trump, anyway, who sued Maher in 2013 for publicly suggesting he was the product of his mother’s sexual liaison with an orangutan.)

Maher asked the president for his opinions on some pertinent matters:

…as someone who was accused of being a socialist before, what do you think about the idea that, in America, yes we’re capitalists, but some things just should not be for the profit motive? Healthcare. Prisons. The military. Elections. And I would add, news-gathering. People say ‘get the money out of politics’. I think you’ve got to get it out of the news business first. Or we’re never going to learn anything.

Obama acknowledged that socialism has an important role to play, even within market-driven economies. The idea that “we all chip in” for the greater good. He then went on to address all the points mentioned.

Obama’s attitude and defence of ‘big’ pharmaceuticals was in stark contrast to that of former presidential hopeful Bernie Sanders, who he referenced directly in his response:

…when I’ve had conversations with Bernie, I’ve said to him, ‘you know, we don’t start from scratch. You’ve got a $1tn-dollar healthcare industry, for example, and you’ve got a lot of people who are working for it: a lot of special interests involved.’

In other words, keeping private jobs justifies (at least temporarily) the healthcare precarity of millions of Americans. And the US President didn’t go into the nature of the “special interests” he mentioned, either. No talk of highly-paid executives and tycoons like the infamous Martin Shkreli, then.

…the criminal justice system should not be infected by the profit motive… The notion that you might incentivise people to lock more people in, or keep them there longer, or not provide the kind of rehabilitation services so that they can get out of there, I think that’s a problem.

While Obama doesn’t exactly have a great record regarding the US prison system, torture, or his failed promise to close the illegal Guantanamo Bay detention facility, it’s worth comparing his overall attitude to that of Donald Trump. A man who openly supports prison privatisation and has publicly advocated torture. And while Hillary Clinton wants to close private federal prisons, she doesn’t exactly have a great record where imprisonment’s concerned, either.

When it comes to the media, you know, that’s a tougher call… one of the things I’m most concerned about is the Balkanisation of the media – where you’ve got 800 stations, you’ve got all these websites: people have difficulty now just sorting out what’s true and what’s not… You know, we can have a disagreement about how to deal with climate change, but if we have a big chunk of the country that just discounts what 99% of scientists say completely, it’s very hard to figure out how we move the democracy forward.

This wasn’t a direct answer to Maher’s question. The interviewer spoke of getting the profit motive out of the media. But rather than questioning the issue of money, Obama seems to criticise more the number of news sources that are available rather than their quality and accountability – which is the real issue.

Fewer boots on the ground, but more drones in the air

One area where even Obama became slightly ruffled was Maher’s frank questioning regarding US military spending. Some argue that Obama’s ‘cool’ image hides a dark reality of militarism abroad. Journalist John Pilger wrote in March 2016:

This in mind, Maher questions Obama on whether the US “really needs to be an empire”, saying:

We have more troops in more places than any empire in the history of the world. We spend over $600bn on defence, and that’s not including the nukes, taking care of veterans, homeland security. When you add it all up, it’s probably over a trillion – ‘to keep the monsters away’. I’m wondering if we could be just as safe spending half as much. Eisenhower warned when he was close to the end of his second term, like you are now, about the military industrial complex – and it seems no president, of either party, ever makes any progress on that.

But as Maher points out, “we’re still spending as much”. And therein lies the problem. The Obama Administration has focused on dealing death and destruction from a distance, with its pioneering of drone warfare, rather than through US boots on foreign ground. It hasn’t focused on reducing military spending.

Obama’s final warning to US voters

In closing, Obama was keen to highlight the progress his administration has made on social issues:

The stakes are high. The choice in this election should be really clear.

I have worked with Hillary Clinton. I know her. And she is someone who cares about these issues. She does her homework. She cares deeply about ordinary folks… And yes, she is somebody who believes in compromise, and that you don’t get 100% of what you want. But you know what? That’s the way this democracy works. Anybody sitting on the sidelines right now or deciding to engage in a protest vote, that’s a vote for Trump. And that would be badly damaging for this country, and it would be damaging for the world.

In the next few hours, we’ll find out whether US voters have responded to Obama’s argument positively.

[Editor’s note: This article was updated at 00:45 on 9 November to correct the spelling of the Dodd-Frank Act.]