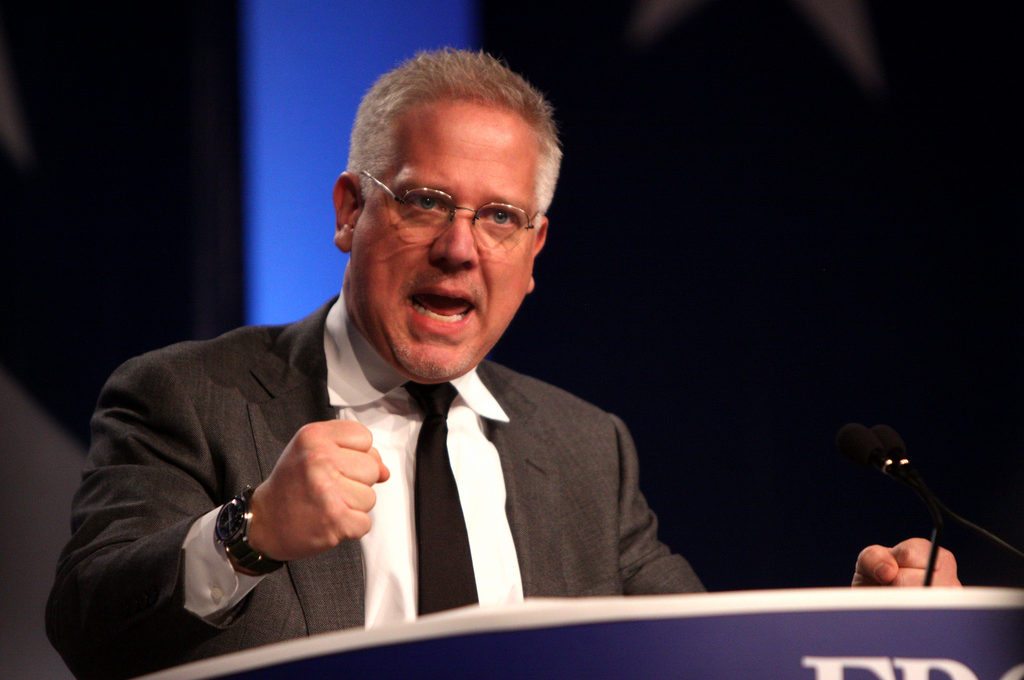 Glenn Beck is a popular US talk show host and commentator. He also happens to be a well-known advocate for the far right, or what the US now refers to as the ‘alt-right‘. Yet even he is fearful of what Trump’s presidency will bring, and discussed those views with Adam Boulton on Sky News.

The term ‘alt-right’ has been used mostly in reference to Trump’s chief strategist, Stephen Bannon. Bannon is a founding member of the notorious far-right media publication Breitbart. Accusations against him include bigotry, antisemitism, and being a ‘white supremacist’.

But Beck, another icon of the alt-right, has previously referred to Trump as “a dangerous man”. He even openly compared him to Adolf Hitler live on ABC’s This Week earlier this year:

And Beck did not shy away from making equally controversial claims when speaking to a UK audience.

A different side of the coin?

Glenn Beck sees himself as different from many others on the far right. In the Sky News interview, he suggested that his motives are not driven by ideologies concerning ethnicity, religion, or even cultural integration, but by something else:

I am a principled person, in that my principles revolve around the Declaration of Independence, and the constitution of the United States.

He went on to point out that his criticisms are not dependent on political allegiance either:

In fact, I think I was even more brutal on George W. Bush in many cases. I called for his impeachment, which I never called for under Barack Obama. I am a constitutionalist, and I haven’t heard Donald Trump talk about the constitution.

But Beck has also received criticism similar to that of Stephen Bannon in the past. And he is by no means an advocate for inclusion or an opponent of ‘divisive’ rhetoric.

Beck speaks of the erosion of freedom in America. He argues, citing the reshaped words of Benjamin Franklin, that:

the society that will trade a little bit of freedom for a little bit of security will lose both, and deserve neither. And we’re doing that. And we’re developing this ‘imperial’ presidency, that if you study the decline and fall of any empire, this is the way it happens.

He also criticised people on the left, who he claims were not as interested in “presidential power” or a “return to the constitution” before a Republican candidate came to office.

One startling aspect of the interview was the discussion on mainstream news of a potential “extinction-level event” in the West, as a direct result of Trump’s presidency. And even more disturbingly, how Beck claimed it “ties in with you guys” – referring to us here in the UK:

We are headed towards the same kind of problems that we had in the 1930s, throughout the world. Except I don’t see America in this. I don’t see the strong country that says it is about individual freedom. And I see the media, and the governments, and the banking system… just not understanding what the people are saying. You know, Brexit is not that hard to figure out.

Continuing to speak on the UK’s decision to leave the EU, Beck justified “applying the brakes” to multiculturalism:

There is ‘bad’ nationalism, and then there is this sense that we have a great heritage, we have history here that is different. It doesn’t make it better, or the other country worse.

A disturbing prediction for Europe

In an interview full of talk about empires falling and nuclear warfare, one disturbing prediction stood out. It concerned the rise of fascism:

Donald Trump played right into the hands here in America on some of those viewpoints, and it is normalising it. And it’s happening over in Europe. We’re all in trouble. Because I’ll bet you Europe hits the fascist dictator before America does.

The recent rejection of the neo-fascist far right in the Austrian elections is perhaps a beacon of hope. But 2017 may still see the rise of Marine Le Pen in France and other far-right parties in the Netherlands and Germany. Not to mention that the unelected, post-referendum Tory government in Britain has arguably already lurched to the far right.

Glenn Beck has said and promoted ideas that a great many might associate with the very far-right views he criticised on Sky News. But his rhetoric during that interview was remarkably tempered. And it’s probably a positive sign that there are some issues that both the left and the right agree on.