Charlotte Church refuses to sing for Trump, but offers him something else instead - The Canary 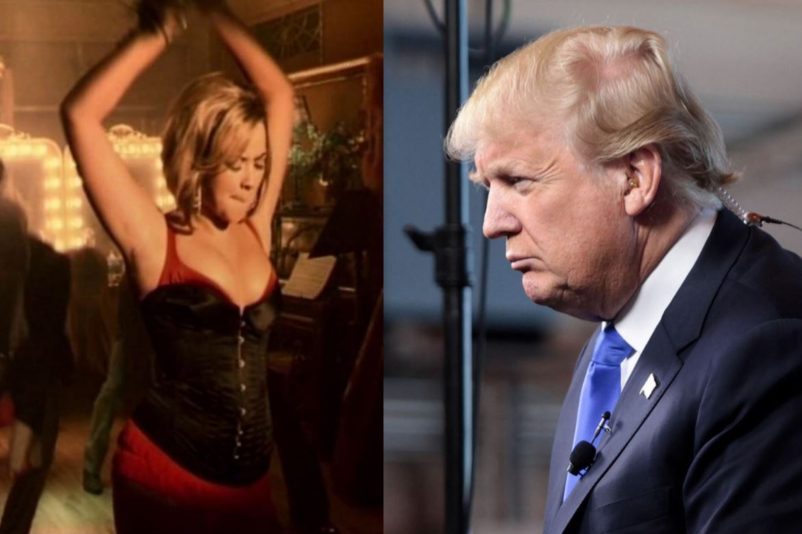 The inauguration of a new US President is usually an event that performers would be falling over themselves to feature in. Not so the case for Donald Trump.

The President-elect’s attempts to engage a high-profile musical act for the event have been thwarted every time. Big music names like Elton John, Céline Dion, and Kiss have all ruled themselves out, for example.

In short, no one will touch the event with a microphone stand. Quite literally. And the most recent artist to knock him back was none other than Britain’s very own songstress from the valleys, Charlotte Church.

Never the shrinking violet, Church opted for a somewhat direct rejection of Trump’s request. And on his own stomping ground of Twitter, no less.

Rather than offering him her voice of an angel, she instead offered him four smiling turds:

@realDonaldTrump Your staff have asked me to sing at your inauguration, a simple Internet search would show I think you're a tyrant. Bye💩💩💩💩

The desperation of Team Trump

Church is not an artist known for mincing her words. She’s been politically outspoken on many occasions. An active supporter of charitable causes, she was also one of the featured artists at the recent fundraiser for child refugees at the Union Chapel, streamed live by The Canary.

And the singer makes a fair point. Trump’s staff are clearly so desperate that they no longer even check to see whether the artists they’re approaching have been ostensibly critical of him or not. In their defence, though, if they ruled out all those artists, there wouldn’t be many left to physically approach.

Church has previously professed that she “wishes to make politics fun”. And throwing smiley poop emojis in the face of a man she openly describes as a “tyrant” is arguably in keeping with that ethos.