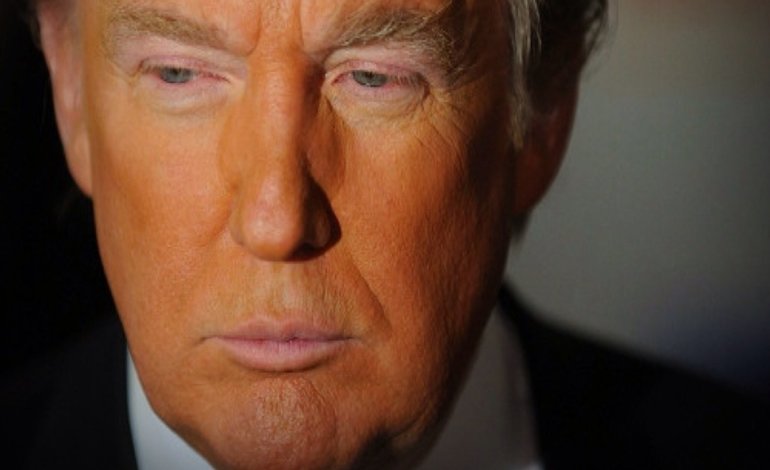 With his apparent failure to follow democratic procedures, Donald Trump is becoming more and more like North Korea’s Kim Jong-un every day. The current scandal in the US is about Trump allegedly leaking “classified” information to Russian officials without permission. This information, reportedly gathered by Israeli agents, could be used to undermine the US and its allies.

Trump’s behaviour is now leading a number of politicians to speak about the possibility of impeachment.

A senior White House official reportedly told The Washington Post that Trump had leaked classified information during a visit with Russian politicians Sergei Lavrov and Sergey Kislyak. Controversially, the information gained through a sensitive intelligence agreement was apparently disclosed ‘without permission’ from Israeli sources. An inside source told The Post that Trump “went off script” in detailing possible Daesh (Isis/Isil) threats to flights. A US official told The Washington Post:

[Trump] revealed more information to the Russian ambassador than we have shared with our own allies.

The claims were later denied, however, by Trump’s national security adviser HR McMaster;

I was in the room. It didn’t happen.

Israel itself has been quick to respond, with two officers confirming the source of the shared information, stating:

To know that this intelligence is shared with others, without our prior knowledge? That is for us, our worst fears confirmed.

White House officials reportedly scrambled to limit any damage caused by Trump’s outburst. Both the CIA and National Security Agency were contacted. Senior politicians on both sides of the aisle, meanwhile, criticised Trump’s disclosure.

another in a very disturbing trend of careless behaviour by this administration.

We certainly don’t want any president to leak classified information but the president does have the right to do that.

Worse still are the implications for national security. A former counterterrorism official told The Washington Post:

(this) is the most serious charge ever made against a sitting president.

Trump is currently under investigation for alleged collusion with Russia. He has denied his documented relationship with President Vladimir Putin. He’s also denied that he gained millions of dollars income from the country and benefited from alleged Russia-led hacking in the 2016 presidential election. Most recently, Trump fired FBI director James Comey, chief investigator into the Russia scandal. This added fuel to the flames of allegations that Trump and Russia are working under the table.

On 17 May, Putin offered to send a transcript to the US Congress to show that Trump didn’t divulge any secrets to Russian officials Congress.

But with his relationship with Russia under close investigation by the House of Representatives and Senate, and impeachment potentially on the horizon, Trump may be in trouble. Releasing private information that may undermine international security may be the nail in his coffin.

– Read more from The Canary.

Featured image via H. Michael Karshis/Flickr. Image has been resized