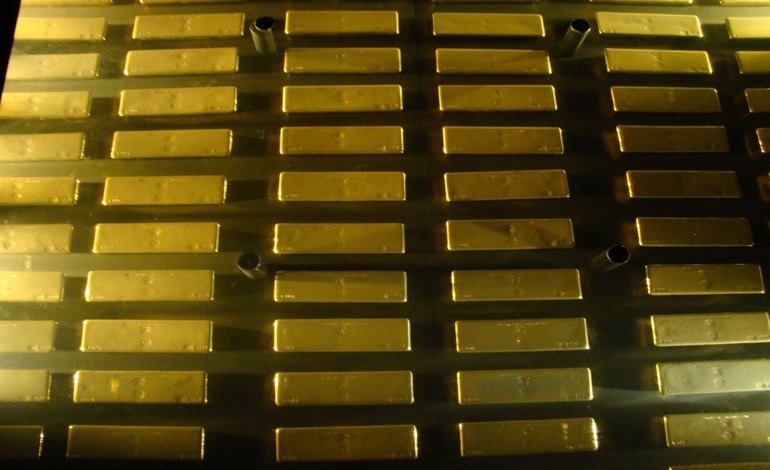 US President Donald Trump has just promised to send more troops to Afghanistan. And certain critics are worried it’s all about the cash.

According to several administration officials, the US could send a 4,000-strong force to Afghanistan. And The New York Post has a worrying theory: that Trump’s in it for the money. With a $1tn fortune below the ground, Trump suddenly wants more war in Afghanistan. Even though he has historically come out against it.

With his ratings in free fall, Trump’s motivations are under question.

A decade-old study by the US Geological Survey indicates a vast fortune below Afghanistan. Valued at $1tn, the mineral mix (including gold) has previously been labelled a ‘pipe dream‘. Corruption and difficulties establishing mines are to blame. So far, mining efforts have been sporadic and small. But Trump may be about to change that. Afghanistan’s ambassador to Washington told Reuters in June:

With this week’s announcement, Trump has fuelled rumours of a treasure hunt. A report by The New York Post alleges that Trump may be influenced by billionaire Stephen A Feinberg. And the reason may be to secure mining opportunities. Feinberg’s security company DynCorp, meanwhile, could guard the mines.

it’s repugnant for the United States to believe that we somehow should be able to subordinate the rights and the hopes and the possibilities for another country to serve our national interest. We have no right whatsoever to take over resources in Afghanistan.

Trump’s stunning U-turn flies against years of vapid tweeting. An apparent critic of US involvement in Afghanistan, Trump has spoken out several times:

When will we stop wasting our money on rebuilding Afghanistan? We must rebuild our country first.

He has even accused the US of wasting “blood and treasure” on rebuilding the war-torn country:

We have wasted an enormous amount of blood and treasure in Afghanistan. Their government has zero appreciation. Let's get out!

He also demonstrated awareness of mineral exploitation as early as 2012:

China is getting minerals from Afghanistan http://t.co/uNxQYQWi We are getting our troops killed by the Afghani govt't. Time to get out.

Today, the apparent ignorance of risk in the presence of potential wealth contradicts Trump’s own history.

we are going to participate in economic development to help defray the cost of this war to us.

The Intercept responded by calling Trump’s promises a “plan for more killing — and little else”, stressing:

With failing polls and possible impeachment looming, Trump’s latest decision could be for his survival. Access to Afghanistan’s minerals and a continued war may boost his ratings and support from lobbyists. He has so far failed on many of his promises, but offering US elites a cash lifeline may help to save him.

But his apparent U-turn on Afghanistan, along with accusations of an underhanded fiscal motivation, could also be his downfall. With his character under fire, the last thing he needs is to add ‘war profiteer’ to a growing list of accusations. His interest in Afghanistan’s resources, links to billionaire security moguls, and a sudden change of heart are certainly enough to raise questions.

– Read more Canary articles on Trump and Afghanistan. And see more from The Canary Global on Facebook and Twitter.