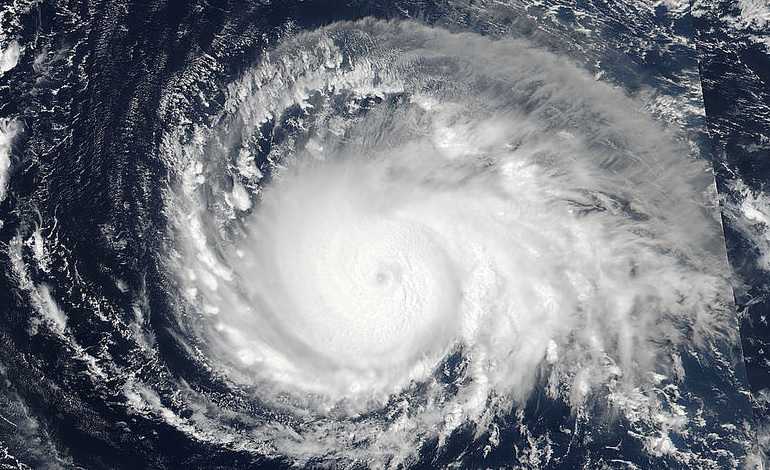 The UK’s relief efforts in storm-hit Anguilla – a British overseas territory – have been brandished “pathetic” after the government sent an ageing ship that will take two weeks to reach the island.

It’s absolutely disgraceful that it has taken the whole day for Priti Patel to respond to the worst hurricane we have seen in a British territory since the 1920s.

In comparison to the French president who has set up an emergency fund, an emergency hotline and a reconstruction fund her response after the storm has passed is absolutely pathetic.

Meanwhile, French and Dutch forces have stormed ahead to get on with distributing food, water and supplies across the island of St Martin where Hurricane Irma also left a trail of destruction.

Marine personnel and several helicopters are being led by the UK’s HMS Ocean. It is currently bobbing along in the Mediterranean Sea and will take 10-14 days to reach the area.

Defence Secretary Michael Fallon said the ship will “bring help that will be needed in reconstruction after the hurricanes have passed”.

In a statement on 7 September, Foreign Secretary Boris Johnson said another vessel, the fleet auxiliary boat RFA Mounts Bay, is now in the storm-struck region. He added:

… what we will be doing now is making an urgent assessment of further needs of communities in the British Virgin Islands and Anguilla to see what more can be done in terms of financial and humanitarian assistance.

But the stark contrast to the swifter French and Dutch response has not gone unnoticed.

Anguillian barrister Josephine Gumbs-Conner criticised the British relief effort. In an interview with BBC Radio 4’s Today programme, she said the UK should have:

… done what the French did in St. Martin – who made sure they had military on the ground so that the response given is timely.

It is a ridiculous idea that the £32 million pledged by the Uk Govt to its three overseas territories (Anguilla, BVI and Turks & Caicos) for which it is responsible is fair or just.

It is a PR drop in the Caribbean ocean for islands subject to devastation and inhabited by its own citizens. To put it in perspective it wasted £285 million on an unusable airport for St Helena, one of its territories in the Atlantic.

Downing Street has countered the criticism, saying “we have moved swiftly”. But with HMS Ocean taking 10-14 days to get to these storm-smashed territories, ‘swift’ is not the right word. And although the UK has promised another £20m in aid, these people need their essential services restored; sooner rather than later.