After one of the worst terror attacks of 2017, people have noticed a blistering silence - The Canary 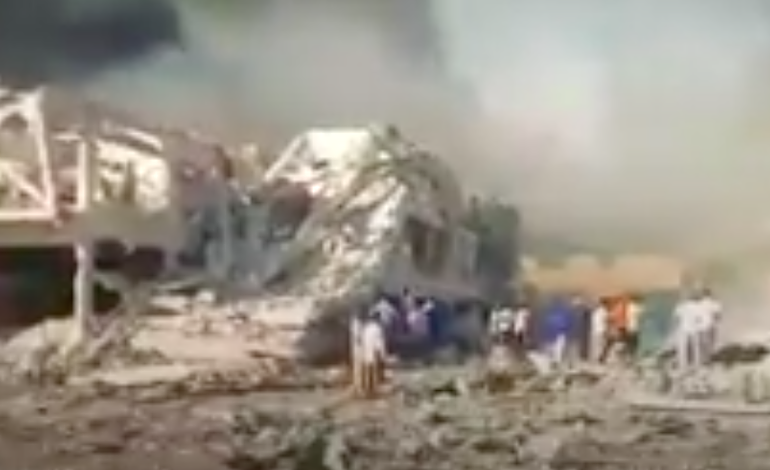 Somalia just endured one of the worst attacks in its history. But many people are asking where all the outrage is.

Twitter users clearly felt as though the world was ignoring the horrendous attack that left hundreds dead:

Imagine if 250+ ppl in the US or UK or France were killed in a truck bomb. That’s what just happened in Somalia. They deserve to be mourned.

Found out 500 people have been killed in Somalia in a terrorist attack. Why isn’t this getting more attention? My love to those effected

According to reports, more than 300 people have died and at least 400 people have been injured in Somalia. The attack took place on Saturday 14 October when two bombs exploded in the country’s capital city, Mogadishu. No one has claimed responsibility for the blasts yet; though they have signs of an al-Shabaab style attack, including the use of a truck bomb. The Guardian is now reporting, meanwhile, that the culprit may have been a “former soldier in Somalia’s army whose home town was raided by local troops and US special forces two months ago in a controversial operation in which 10 civilians were killed“.

Major news outlets like BBC News, Channel 4 News and The Guardian are reporting the incident. But some have asked why it did not receive the same air time as other recent attacks:

When terrorists struck Somalia, the world was silent. No talk-show posturing. No wall-to-wall coverage.

This is shameful. We can do better. pic.twitter.com/Xw6iUxLQuz

It’s tragic that the terror attack in Somalia in which more than 300 people lost their lives has received little to no attention from the mainstream media. #IStandWithSomalia

Even MPs made the same point:

In Foreign Office Qs Henry Bellingham points out, rightly, how little air time is being given to the Somalia bomb- the worst ever in Africa.

And many felt that the response would have been very different if the attack was on Western soil. For instance, a shooting that took place in Las Vegas on 1 October saw the hashtag #PrayforVegas trending on Twitter:

Not everyone was quiet, though. Paris’s Eiffel Tower, for example, did mourn the deaths in Somalia. And some felt this was important:

Thank you Paris for dimming Eiffel Tower lights in solidarity with hundreds killed in Somalia, while most of the world turned a blind eye 🙏🏾 pic.twitter.com/2HaBQP214R

If they didn't pay tribute to the bombing in Somalia, we would have cited the double standard. Important to see and note effort. https://t.co/8KUbpnHzmY

The root of terror

The attack in Mogadishu is reportedly the worst to hit Somalia, even though al-Qaeda’s allies in al-Shabaab still control many areas in the country.

The terrorist network emerged in the 2000s. While US-backed warlords reportedly used to govern Somalia, a group of militias joined forces to take over the capital and other parts of the country. And the US soon started a proxy war to drive them out. They eventually turned into al-Shabaab, which put itself at the front of the fight against ‘foreign occupation’.

What has followed is starvation and disease, as well as terrorism. And Thomas Mountain, an independent journalist working in the region, has spoken about how Somalis have helped themselves better than the international community has helped them.

It now seems to some as though the world is leaving Somalia hanging again after this latest atrocity.

The media coverage doesn’t seem to be cutting it when it comes to terrorism outside the Western world. Attacks on African soil still need and deserve the commentary, analysis and solidarity that occurs after other attacks. This is not least because Western intervention seems too often to be so closely linked to the root of terror.

It’s time we shift the balance of coverage and stand with absolutely everyone who suffers at the hands of terrorism.

– Post your support for Somalia on social media using the hashtags #IamSomalia and #IamMogadishu.