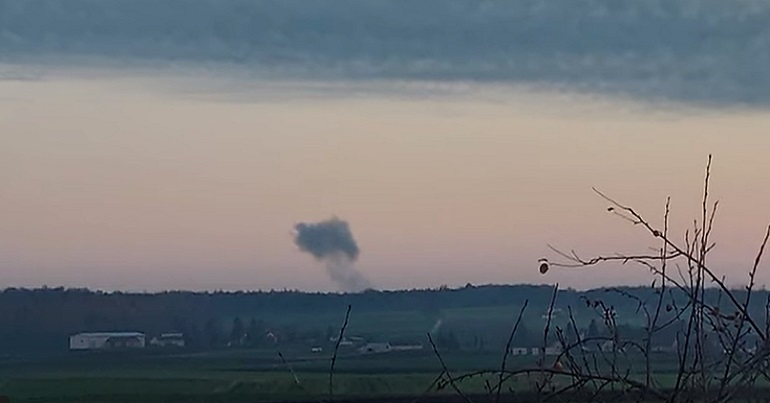 After frantic speculation that Russia fired a missile into Poland, it now seems that the missile actually came from Ukraine. Reports on Wednesday 16 November seemed to confirm this. But, that didn’t stop Western warmongers sabre-rattling, anyway.

Not a Russian missile

As Agence France-Presse (AFP) reported, Poland’s President Andrzej Duda said on Wednesday 16 November that it was “very likely” that the deadly missile that struck Przewodow, a Polish border village, was from Ukraine’s air defence. Duda said of the strike, which killed two civilians:

Absolutely nothing indicates that this was an intentional attack on Poland… It’s very likely that it was a rocket used in anti-missile defence, meaning that it was used by Ukraine’s defence forces.

Russia accused Ukraine of the deadly blast, with Belgium saying it was probably caused by Kyiv’s air defences firing at Moscow’s incoming missiles. The strike immediately sparked concerns that NATO might be drawn directly into Russia’s war against Western-backed Ukraine. However, the situation calmed as officials urged against quick judgement – with a Kremlin spokesperson even praising US president Joe Biden’s response.

Prior to all this, Western hawks were pushing for war:

.@general_ben .@glennkirschner2 .@MalcolmNance .@CheriJacobus .@BadBradRSR .@JudyPete Breaking: it is being reported that Russian missiles have landed in Poland, a NATO country, and killed two people. In theory that should trigger an Article 5 response. Putin must be stopped. pic.twitter.com/vwAC3MHFNL

"This is a very significant escalation," the Ukrainian leader said. "We must act."

By 16 November, barely a day later, these people were looking reactionary at best. As the Communist Party of Great Britain tweeted:

WARMONGERS EXPOSED – yesterday there were widespread calls to invoke article 5 of the NATO treaty on the grounds that missiles had landed in Poland. Well from the horse's mouth, we now know they were fired – not from Russia but from Ukraine.

However, for people on the ground in Przewodow, the reality was a world away from geopolitical game playing.

Village resident Joanna Magus is a teacher. She told AFP:

I’m scared. I didn’t sleep all night…  I hope it was a stray missile because otherwise we’re helpless…

I heard a huge explosion, a terrible explosion, so I went up to the window and saw a huge cloud of dark smoke… I saw people running… I thought maybe something had happened at the grain dryer, that one of the devices broke and exploded.

She said her husband was outside at the time, near the scene of the blast. So, she called him and found out he “pretty much saw what happened”:

He was terrified, said something exploded and that two people were feared dead. It was total panic from there.

Meanwhile, war still rages in Ukraine – while leaders who are “all as bad as each other” play war games, with others cheering from the side lines.