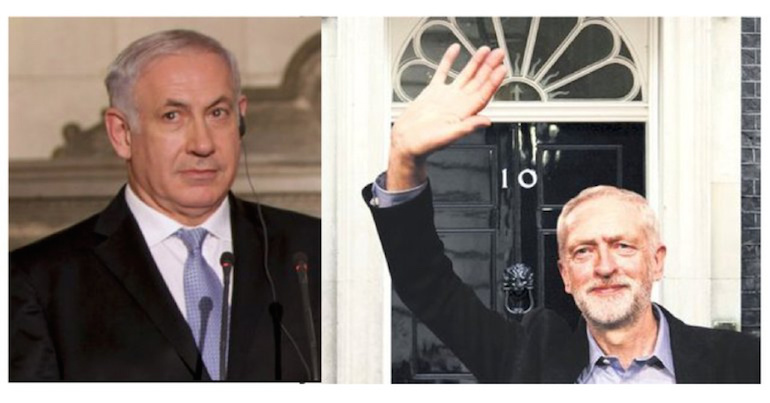 After Israeli PM Benjamin Netanyahu waded into (and sank) the antisemitism row, the UK establishment needed a new angle. But in its muddle, it forgot to glance at recent history. And in its rush to promote a fake news story by the Daily Mail, it’s reminded everyone of a true story about Netanyahu. This is going to make deeply uncomfortable reading for apologists of apartheid Israel.

The attack on the King David Hotel, Jerusalem

The Irgun, a right-wing Zionist militia group led by Menachem Begin, carried out the attack. Their goal was to pressure the British government – which occupied a wing of the building – into giving Palestine to its minority Jewish population come independence. So they levelled part of the six-storey King David Hotel with 350kg of explosive; killing 91 people and injuring a further 46. Among the victims were “41 Arabs, 28 British citizens, 17 Jews, two Armenians, one Russian, one Greek and one Egyptian”. Here is footage taken from the scene at the time:

What became of Irgun leader Menachem Begin? He went on to become prime minister of Israel. And on the 60th anniversary of the bombing in 2006, Benjamin Netanyahu was present for a two-day celebration at Israel’s Menachem Begin Heritage Center. As Haaretz reported:

The climax of the 60th anniversary observance was the unveiling of a large plaque near the King David, commemorating the bombing.

The hotel housed the Mandate Secretariat as well as the Army Headquarters. On July 22, 1946, Irgun fighters at the order of the Hebrew Resistance Movement planted explosives in the basement. Warning phone calls had been made urging the hotel’s occupants to leave immediately. For reasons known only to the British, the hotel was not evacuated and after 25 minutes the bombs exploded, and to the Irgun’s regret and dismay 91 persons were killed.

According to the Telegraph:

Simon Macdonald, the British ambassador to Israel, and consul general John Jenkins, wrote to the mayor of Jerusalem protesting at the plaque. “We don’t think it’s right for an act of terrorism to be commemorated,” their letter read.

The embassy said: “There is no credible evidence that any warning reached the British authorities.”

The King David Hotel attack was not an isolated incident, but part of a wave of terrorism conducted by self-described Zionist militias in Palestine.

This year, Netanyahu honoured Begin again. Calling him “a true hero of our people”, he continued:

Menachem Begin symbolized the essence of our struggle for liberty. He fought for it, he sacrificed for it; he achieved it. And it is our struggle to be a free people in our ancestral homeland that guided his life, and he serves as an emblem and as an example for future generations, because the battle is never over.

To Netanyahu, Begin’s role in resisting British occupation and fighting for Jewish self-determination makes this an act of war, not terrorism. This is the mainstream view on Nelson Mandela today, too. But the establishment considered him a terrorist for decades.

Surely then, it would be disingenuous in the extreme to argue the opposite for Palestinians. If Netanyahu considers Menachem Begin a freedom fighter, despite his part in a heinous attack which left scores dead – why not the Palestinians in Gaza and the West Bank today? They are facing far worse oppression from Israel today than Jewish communities of Palestine were facing from Britain in 1946.

And this is the inconvenient truth that shatters the wreath-laying non-smear. Not only has Corbyn been falsely accused, but Netanyahu is guilty as charged and has already been given a free pass.

– Join the Boycott, Divestment and Sanctions (BDS) Movement to isolate Israel while it maintains its illegal occupation of Palestine.