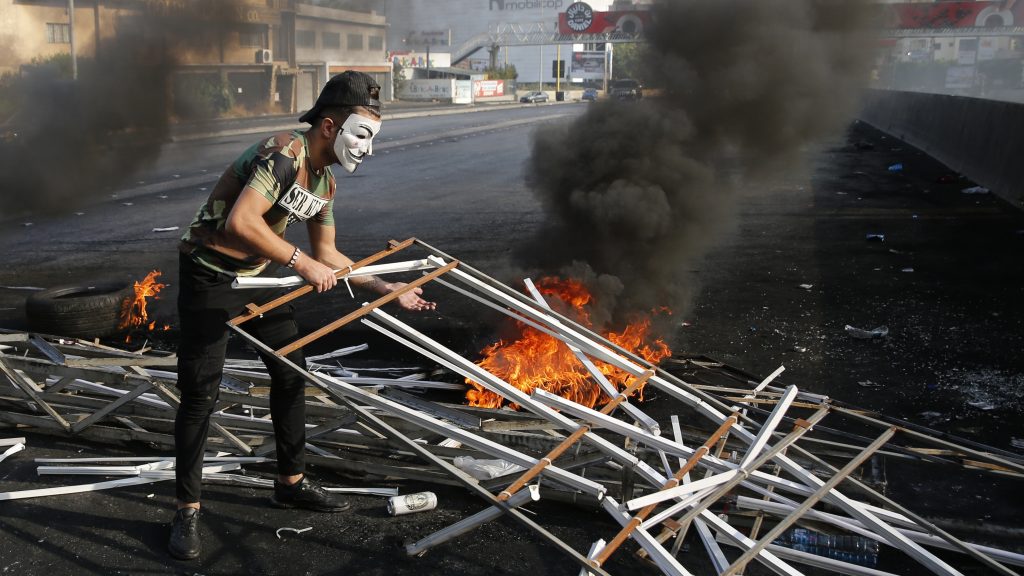 Lebanon is braced for what many expect to be the largest protests in the fourth day of anti-government demonstrations.

Thousands of people of all ages were gathering in Beirut’s central square on Sunday, waving Lebanese flags and chanting the “people want to bring down the regime”.

The protests are Lebanon’s largest in five years, spreading beyond Beirut to its main cities and towns.

The unrest erupted after the government proposed new taxes, part of stringent austerity measures amid a growing economic crisis.

The demonstrations unleashed long-simmering anger at a ruling class that has divided up power among themselves and amassed wealth for decades but has done little to fix a crumbling economy and dilapidated infrastructure.

The protests have brought people from across the sectarian and religious lines that define the country.