Teenager among five killed by Indian soldiers in Kashmir - Canary 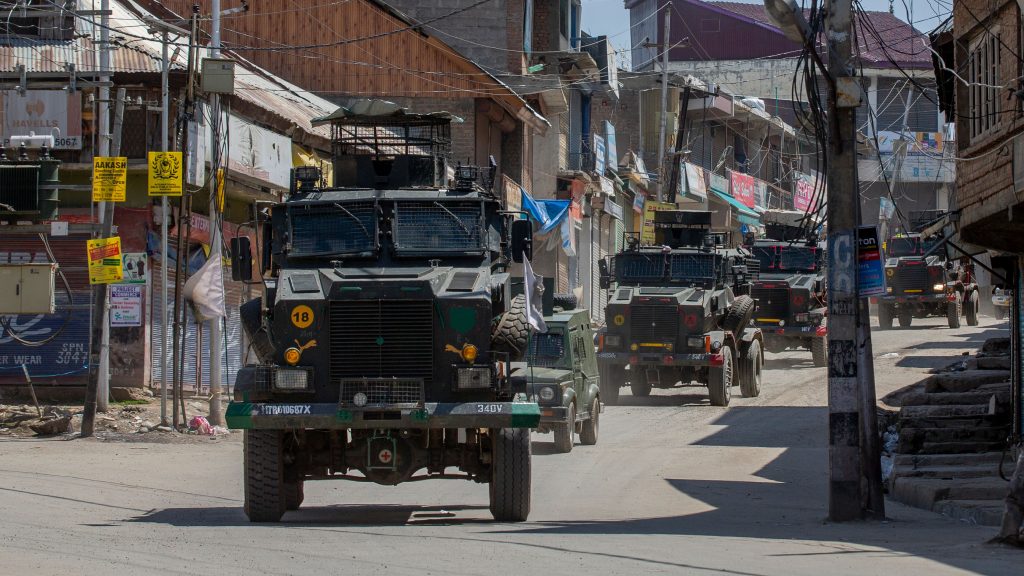 The back-to-back clashes began late on 10 April. This was after troops cordoned off two villages in southern Kashmir’s Shopian and Bijbehara areas, based on intelligence that anti-India militants were hiding there, police said. Three militants were killed and two soldiers wounded in Shopian, inspector general Vijay Kumar told reporters.

One of the dead militants was a teenage boy who, according to officials, had joined rebel ranks few days earlier.

Kumar said several attempts were made to seek the trapped militants’ surrender but they refused.

Indian forces killed two more militants in the second clash in Bijbehara, Kumar said. Forces have killed at least 15 militants so far this month. A policeman and an army soldier have also been killed.

In a surprising decision, in March India and Pakistan agreed to reaffirm their 2003 ceasefire accord along the de facto frontier dividing Kashmir between the two sides.

However, a crackdown by Indian forces has continued inside the Indian-held portion. Both countries claim the divided territory in its entirety.

Many Muslim Kashmiris support the rebel goal that the territory be united either under Pakistani rule or as an independent country.

Tens of thousands of civilians, rebels, and government forces have been killed in the conflict.