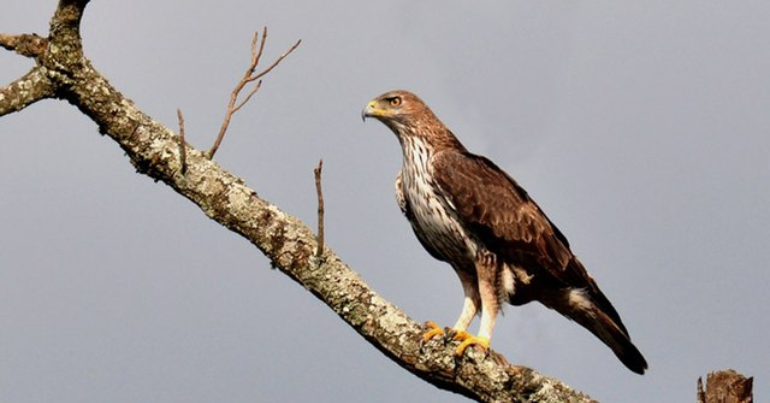 Cypriot authorities have for the first time issued fines for the killing of rare wild birds using poison baits, according to conservationists on the Mediterranean island.

Fines of 21,000 euros were last week ordered for an individual after three birds of prey were found dead at a rural property in the island’s southern Limassol district, animal protection group BirdLife Cyprus said in a statement.

The punishment “represents a big step forward that will hopefully have a strong deterrent effect on similar illegal actions”, according to BirdLife’s project coordinator Melpo Apostolidou. She added:

It is the first time in Cyprus the crime of using poison baits and killing wild birds with the use of poison has been prosecuted.

The offences occurred in December 2021, when two rare Bonelli’s eagles and one long-legged buzzard were found dead near Dierona village. A GPS (Global Positioning System) transmitter fitted to one of the eagles led authorities to the discovery.

Evidence collected linked the birds’ death to the suspect, who was found to have intentionally killed the animals. Under Cypriot law, courts can impose prison sentences of up to three years and/or fines of up to 20,000 euros.

BirdLife described the use of poison baits in the countryside as a wildlife crime. They stated that it has driven iconic species, like the griffon vulture, to the brink of extinction in Cyprus.

Once a common sight over Cyprus, in the 1950s there were several hundred of the large scavengers across the island. However, there are now thought to be only nine griffon vultures left.

Since 2005, 31 vultures have been poisoned, and attempts are being made to restock the population with birds from Spain.

Apostolidou called on the authorities to do more to prevent the poisonings. These conservation efforts come against a backdrop of what scientists are calling a ‘sixth mass extinction event’:

The prognosis for the survival of a large proportion of extant species is not good… there is a biodiversity crisis, quite probably the start of the Sixth Mass Extinction. Dedicated conservation biologists and conservation agencies are doing what they can, focused mainly on threatened birds and mammals, among which some species may be saved from the extinction that would otherwise ensue. But we are pessimistic about the fate of most of the Earth’s biodiversity, much of which is going to vanish without us ever knowing of its existence. Denying the crisis, accepting it and doing nothing about it, or embracing it and manipulating it for the fickle benefit of people, defined no doubt by politicians and business interests, is an abrogation of moral responsibility.