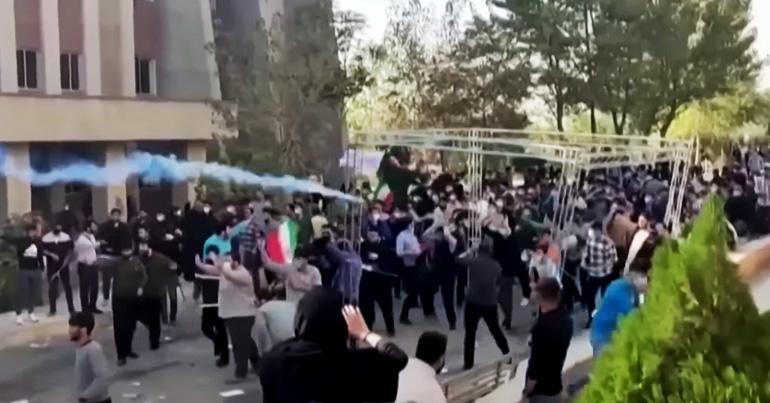 Iranian authorities have arrested three female journalists in the past two days. This comes amid months of protests triggered by the death in custody of Mahsa (Jina) Amini.

Iran has been gripped by protests since the 16 September death of Amini. She was a 22-year-old Iranian Kurd who had been arrested by morality police for allegedly breaching the country’s strict dress code for women.

Authorities say hundreds of people, including members of the security forces, have been killed and thousands arrested during what they label as “riots” incited by the “enemies” of the Islamic republic.

In the past 48 hours, at least three female journalists, namely Melika Hashemi, Saideh Shafiei and Mehrnoush Zarei, have been arrested in Tehran

Shafiei is a freelance journalist and novelist, while Zarei writes for various reformist publications, and Hashemi works for an outlet named Shahr, according to local media. The paper said the three women had been transferred to Evin prison, where many of those arrested in connection with the protests are being held.

It estimated that about 80 journalists have been arrested since the start of the unrest in the country four months ago. No details were given on the reasons for the latest arrests.

In late October, more than 300 Iranian journalists signed a statement criticising the authorities for “arresting colleagues and stripping them of their civil rights”, local media said at the time.

According to Reporters Without Borders (RSF), Iran’s targeting of journalists has already:

pushed the number of journalists imprisoned worldwide to a record high of 533 in 2022. Iran is now third on the list of countries with the greatest numbers of jailed reporters. It’s also the only country that was not part of the list last year, said RSF, which has published the annual tally since 1995. RSF said Iran had locked up an “unprecedented” 34 media professionals since protests broke out in September.