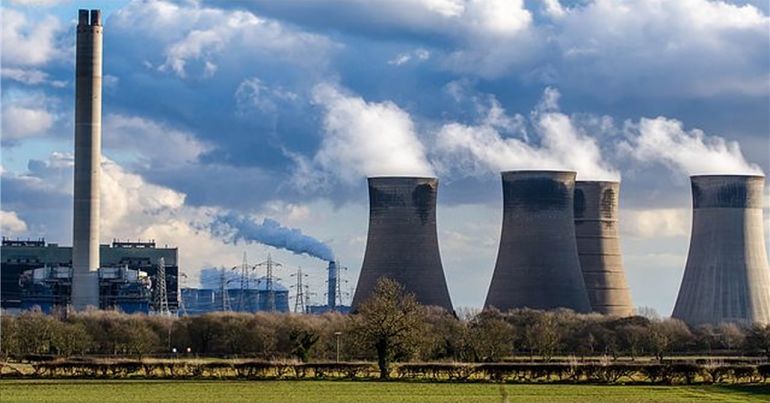 British greenhouse gas emissions traders and producers are increasingly moving their carbon credits into European accounts to bypass EU penalties and protect their interests in case of a no-deal Brexit, The Canary has learned. This legal loophole will allow them to carry on trading emission allowances if Britain crashes out of the EU.

The scheme sets a cap on the greenhouse gases that companies are allowed to emit. It also allows companies to trade their greenhouse gas allowances. Companies usually trade on a national emissions trading registry.

Until now, the UK has had one of the largest European carbon-trading markets. But a no-deal Brexit, which looks increasingly likely, could lock the UK ETS market and all the allowances stored in it, experts have told The Canary.

The solution? Opening an ETS account in another EU member state.

Over the past two years, some EU members’ ETS registers have seen UK-based companies – or carbon traders acting on their behalf – opening accounts that allow them to trade emissions. A Czech ETS authority spokesperson told The Canary:

It is [a] fact that British companies are currently opening EU ETS accounts in other jurisdictions and they transfer their allowances there. The reason for that is that in the case of ‘hard Brexit’ the companies would automatically lose access to their registry accounts and therefore [to] their allowances registered there.

The UK government advised companies to do this. A spokesperson for energy company Drax told The Canary:

We opened a registry account in another EU country upon the advice given by [the] government in their no deal notice.

The Dutch ETS – a hotspot

Opening carbon accounts in other EU member states is perfectly legal, although the rules surrounding it vary across the EU. The Czech Republic, like most EU member states, requires at least one representative of the account-filing company to have a permanent residence in the country. But that does not apply in the Netherlands or France.

In a February press release, the Dutch Emissions Authority (NEA) said it saw “a large increase in the number of applications for trade accounts from the United Kingdom”. It later told The Canary that UK companies had filed 42 account requests “since 2018”, 20 of which have already been approved.

These UK-based companies are currently listed in the Dutch ETS registry:

At the beginning of 2019, the EU temporarily suspended the UK’s free carbon emissions allowances, because of the risk of a no-deal Brexit. An EU spokesperson told The Canary:

As of 2019, the UK will not be able to auction allowances, allocate allowances for free to operators or exchange international credits for as long as this suspension remains in place.

This led many British companies to stock up on emission allowances towards the end of 2018.

If Britain leaves with a withdrawal agreement, the suspension will be lifted, an EU ETS spokesperson told The Canary. A BEIS spokesperson said:

As long as the UK is in the EU ETS, operators still have access to their Registry accounts. Access is not suspended – the suspension is on the UK auctioning and issuing of 2019 allowances.

The UK has led the world in tackling climate change – cutting emissions further than any other G20 country and this month becoming one of the first major economies to start legislating for a net zero target. We strongly believe in the benefits of carbon pricing and our robust system makes sure businesses pay for every ton of carbon they are emitting.

Climate thinktank Sandbag has told The Canary that Britain is losing between £1bn and £1.5bn as a result of the suspension.

A climate of uncertainty

Environmental campaigners and business stakeholders have underlined the climate of uncertainty caused by the risk of a no-deal Brexit. Tom Lord, head of trading and risk management for carbon risk management and procurement firm Redshaw Advisors, told The Canary that “a no-deal Brexit doesn’t suit anyone”. He said “people began panicking” as the Brexit deadline approached because:

In the event of hard Brexit, in all likelihood, the Commission would lock those [UK emissions trading] accounts because the UK would obviously cease to be part of the EU ETS. There is no clear indication on when, or if, they would ever regain access to the accounts.

In other words, any company storing its emissions allowances in the UK might lose access to those allowances.

Asked what would be an ideal scenario for carbon traders and their clients, Redshaw Advisors’ Lord replied:

Clarity. As soon as possible. And a transition period that takes us at the end of phase four. After that, there can be a more orderly exit if [the] UK is not to be part of EU ETS and if there’s enough time to get alternative arrangements.

David Powell, head of environment and green transitions at the New Economics Foundation thinktank, said: “A no-deal Brexit is a seismic shock to our economy already”. He told The Canary:

The vision of a lot of the no-deal type of people, including Boris Johnson, is that the UK will become this global free trading hub, able to strike trade deals with America or whoever.

Powell believes this ambition “would almost inevitably mean lower standards than we currently have. It may be lower emissions standards, lower environmental standards”.

We’re trying to encourage the government to make [the carbon price] higher and more in line with what the EU current price currently is. People in BEIS [the Department for Business, Enterprise & Industrial Strategy] are keen for solutions but, at the minute, because of Brexit, everything is such a mess, no-one really knows what is going to happen […]