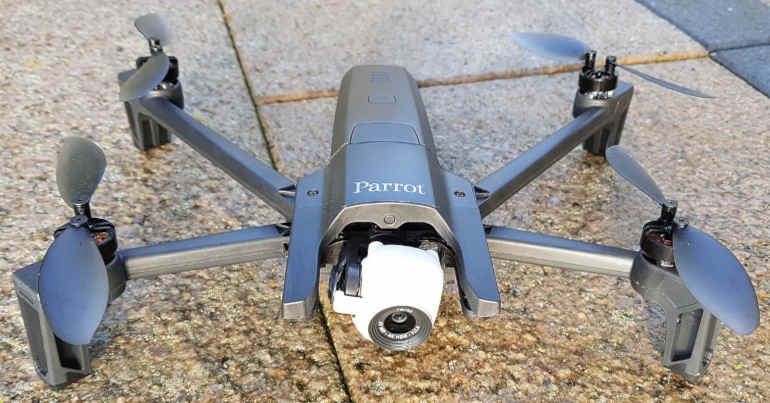 According to figures obtained through the Freedom of Information Act, there was a 47.3% increase in the force’s use of drones for the period March-June 2020 compared to March-June 2019.

The figures were requested as part of a research project by Shoal Collective, coordinated through the European Network of Corporate Observatories (ENCO).

Police in the UK have used small remote-controlled drones for about half a decade. Devon & Cornwall Police and Dorset Police jointly became the first two police forces to use drones in November 2015. Half of the UK’s police forces are reportedly now using drones.

Drones were deployed 103 times by Avon and Somerset Constabulary during the first six months of 2020. This means that at points during lockdown drone flights occurred on an almost daily basis.

The Constabulary said that it uses drones for a broad range of reasons including “Public safety and management of crowded spaces”, “Crime scene search and recording”, and “Firearms support”.

On a national level, drones have been used to police UK political protests and to enforce the UK’s coronavirus lockdown.

For example, Derbyshire Police controversially used a drone to shame people who were out walking their dogs in the Peak District during the lockdown, while Surrey Police played a recorded message from a drone, ordering groups to disperse over the 2020 Easter weekend.

Shoal Collective has conducted interviews that indicate drones were used to monitor the 2019 Power Beyond Borders protest camp and a 2020 Kurdistan solidarity demonstration. Badger cull saboteurs also told Shoal that drones were deployed during previous culls.

Plans to buy drones that have been battle tested on Palestinians

The UK’s National Police Air Service (NPAS) is considering buying much larger Hermes 900 drones from Israeli company Elbit, which have previously been used in a weaponised context over the skies of Gaza. One of the justifications given by the Home Office for considering these drones is their potential use in monitoring demonstrations.

The DJI Mavic 2 Enterprise is one of the drone models currently used by UK police. It reportedly “costs around £2,800, weighs less than a kilogram, and has a 29-minute battery life with an operating range of 5km“, according to an article by Eleanor Langford in Politics Home. By contrast, the Israeli Hermes 900 drone “has a 15-metre wingspan, weighs 970kg, and can fly for up to 36 hours at altitudes of 30,000 feet“.

The British Maritime and Coastguard Agency has also awarded a drone demonstration and development contract worth nearly £1m to Elbit for Hermes 900 drones.

Palestinians are calling for a boycott of Elbit Systems’ products because of their use in oppressing and killing Palestinians.

Campaigners have already warned that the UK’s coronavirus lockdown measures are causing an increased use of electronic surveillance technology by UK police forces. This latest research illustrates the extent of the problem.

2020 has also been the year that the Black Lives Matter movement has made eloquent calls for the defunding of police forces to deal with systematic racialised violence. If we follow their lead and move towards abolishing the police in favour of a grassroots people-led systems of transformative justice, we will also need to resist and deconstruct the high-tech surveillance society that is being built, like an iron wall, around all of us.

Tom Anderson is part of Shoal Collective. The information in this article is based on research done by Eliza Egret and Tom Anderson as part of a Shoal Collective project on mass surveillance, coordinated through the European Network of Corporate Observatories (ENCO). Their full research findings will be published in 2021.