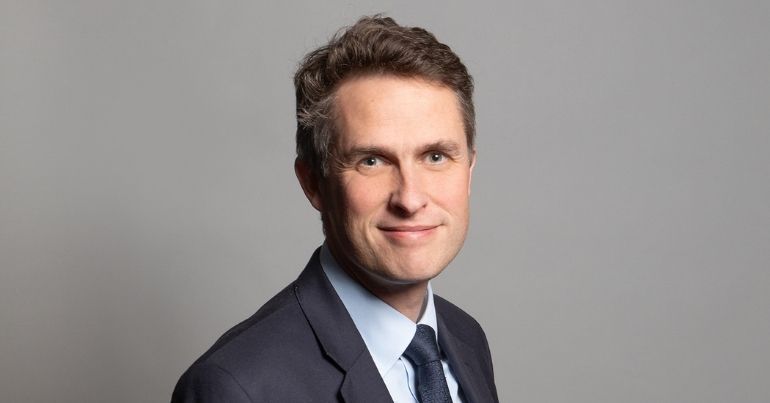 As part of our #FactOfTheMatter series, The Canary has been investigating if the UK really has a freedom of speech problem. We’ve spoken to a number of academics who are on the frontlines of these debates. We’ve also spoken to union leaders to find out the scale of the problem. The question we have is this: whose voices are really being silenced?

Secretary of state for education Gavin Williamson recently unveiled a policy document that claims to tackle the problem of free speech in relation to academic freedom:

The rise of intolerance and ‘cancel culture’ upon our campuses is one that directly affects individuals and their livelihoods. Students have been expelled from their courses, academics fired and others who have been forced to live under the threat of violence

The document has a number of proposals to address this problem of ‘cancel culture’:

Broadly speaking, then, these proposals see freedom of speech in academic spaces as under threat. They seek to equip both the government and universities to keep a tighter grip on any suspected breaches.

At this stage the questions are: is freedom of speech under threat? Who’s threatening it? And is this a widespread problem on UK campuses?

The document doesn’t name specific instances, but does say that:

These high profile incidents are but the tip of the iceberg. For every Ngole, Carl or Todd whose story is known, evidence suggests there are many more who have felt they had to keep silent

The Canary spoke to Jo Grady, the University and College Union (UCU) general secretary, who said:

Mr Williamson’s proposals are based on an assumption that students and staff – eager to shut down and stifle dissent – are causing a free speech crisis on university campuses. These assumptions rely almost entirely on a survey from the opaquely funded, right-leaning think tank Policy Exchange, which has been criticised for methodological flaws and “basic statistical errors”

These robust recommendations for policy change come from a right-wing think tank – so it’s clear that there are questions to ask of Williamson and his department.

As the types of debate which have made headlines for cancel culture show, the issue is very polarising. Clearly, cancel culture is not separate from political opinion. And as Grady argues, Williamson’s proposals themselves are actually shutting down freedom of speech.

Are there credible threats?

Grady went on to explain how the increasing norm of short-term academic contracts is a threat to freedom of speech:

More than two thirds of researchers and almost half of teaching-only staff in the sector are on fixed term contracts. This proliferation of precarious contracts is closely linked to marketisation and the volatility it causes in undergraduate recruitment.

Academic freedom is not just about the right to voice unpopular opinions, but the freedom to choose and shape research and teaching without pressure from managers or the government.

As our disability investigations show in the #OurLivesOurStories series, the impact of research on policy, and then on real people and communities, is huge.

If academics can’t speak openly for fear of losing their short-term and precarious jobs, that’s a restriction on freedom of speech.

However, the problem goes deeper. In order to understand Williamson’s proposals in context, we need to know whose speech is being restricted.

Senior lecturer in sociology at the University of York Dr Katy Sian told us:

Cancel culture and current freedom of speech debates are just another reiteration or reconfiguration of ‘political correctness gone mad’ – and no matter [how] it’s branded, it leads us to the same objective: a demand for racists, homophobes, and transphobes to be given the green light to spiel out toxic narratives that are both dangerous and harmful.

Bad faith readings of ‘woke culture‘ are, as Sian argues, the latest version of ‘political correctness’. This, of course, begs the question: what culture is being cancelled?

Do Williamson’s policies protect a culture of racism and transphobia?

According to Sian, the claim that freedom of speech is under threat is itself wrong:

Whose speech is actually free? When we unpick that, we can see that the speech that wants to be protected and platformed, is often that of a white conservative, right wing, fascist, politics. Whereas those whose free speech is stifled tends to be the critical voices – voices of colour

Indeed, Sian points to the example of Katie Hopkins or Tommy Robinson being de-platformed:

people get annoyed when students demonstrate against particular problematic speakers like Katie Hopkins or Tommy Robinson, or whoever, there’s uproar against that, but those people are clearly inciting hatred, racism, xenophobia

Williamson’s proposal carefully decries cancel culture. It also discourages de-platforming. But it begs the question, as Sian argues, who do we platform? Is there a pattern of groups whose voices are shut down?  Sian argues that is the case:

Those people on the receiving end of Prevent are not being given any space for freedom of speech whatsoever. Conferences on Palestine for example are immediately shut down. So you can see that when we’re talking about freedom of speech, it’s not an equal playing field at all.

In other words, Sian goes on to say, the work of claiming a threat to freedom of speech is actually:

Senior fellow at the University of Sussex professor Alison Phipps has been on the receiving end of accusations of cancel culture. Her support of trans communities has attracted the continual attention of trans exclusionary radical feminists (TERFs).

The Canary spoke to Phipps to get an inside take on whether cancel culture is a real problem:

My experience of this is that these people are incredibly well protected by institutions to say whatever they want. And actually, some of these letters aren’t even calling for them to be fired. They’re just critiques of their position, which are experienced as censorship.

Phipps clarifies that under these proposals:

Bigotry is freedom of speech, but criticism of bigotry is censorship

Phipps echoes both Grady and Sian’s concerns about who is actually being silenced, as Phipps says:

The most devastating thing about the whole affair is that the people who claim to be being silenced, are themselves the ones that are doing the silencing

Once again, the facts of ‘cancel culture’ depend on politics. Here, Phipps argues that the threat to freedom of speech comes with the silencing of dissent. She goes on to say that:

You only have to take a look at the history of our country and our empire to be immediately skeptical about the government as a guarantor of free speech.

The idea that the government is protecting free speech by silencing dissent…they’re not speaking truth to power, they’re speaking for power.

Lest we forget, repressing dissent and repressing criticisms of power are hallmarks of fascism.

The very fact that the government has chosen to produce a policy document on freedom of speech, with the knowledge that the majority of these debates have been around racism and transphobia, points to an attempt to quash dissent.

As Grady, Sian, and Phipps argue, we can see that freedom of speech is under threat on UK campuses. It’s not under threat, however, from cancel culture or no-platforming. It’s under threat from racists, transphobes, and other bigots who wish to express their opinions without censorship.

The Department for Education had not responded to a request for comment at the time of publication.