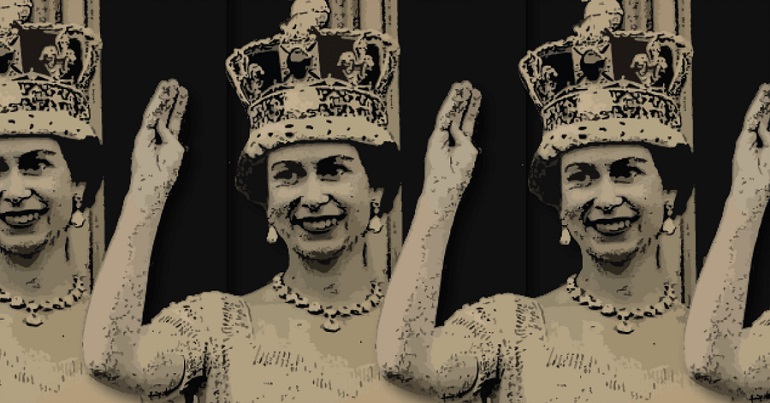 As part of our #FollowTheMoney series, we can reveal that £40m of the Culture Recovery Fund (CRF) was loaned to Historic Royal Palaces (HRP). The CRF is a coronavirus relief fund to help arts organisations and charities open and resume business as restrictions ease in the UK. During this investigation, we spoke to the Department for Digital, Culture, Media & Sport (DCMS) which told us the money would go towards a new display of the crown jewels at the Tower of London.

After we heard about a recent National Audit Office (NAO) investigation into the CRF, we wanted to know more about who benefited from this £1.57bn fund from HM Treasury.

The NAO investigation confirmed that HRP was the largest recipient of the fund. DCMS awarded £40m to the independent charity, as a loan.

“HRP is a public corporation but receives no public funding”

According to HRP’s website, it looks after six historical buildings in the UK:

After looking at HRPs financial report it is clear that HRP is a public corporation which ‘does not receive public funding’ and is contracted by a central body, in this case the government. As a result, HRP wasn’t originally eligible for government business support.

However, that changed on 20 March 2020 when chancellor the exchequer Rishi Sunak, announced that charities would be eligible for business support.

“We have stopped all but essential spend”

In the financial report published 31 March 2020, HRP made clear that it would take measures to ensure its survival during the pandemic:

we have stopped all but essential spend across the organisation, reduced payroll costs and introduced a voluntary redundancy scheme.

In fact, under the Coronavirus Job Retention Scheme, HRP furloughed 80% of its staff. This was with a view to protecting its employees during the pandemic. HRP also requested reactivation a £4m ‘government guaranteed overdraft facility’ to help while attractions remained closed.

In June 2020, the secretary of state approved HRP’s request to enter into an additional borrowing facility. This was for an amount of up to £26m for a period of two years. However, HRP told us that this £26m was merged with the £40m loan awarded to them by the DCMS.

HRP reacted quickly to restrictions in the UK and decided to put larger projects on hold.

As stated in its financial report, not only did HRP deem its future projects undeliverable during the pandemic, but it said that it would reallocate this money:

We normally designate funds from our general funds towards our ‘big moments’ and major projects. However, these prior designations relate to projects that are no longer deliverable in the short term and have therefore now been re-allocated to meeting the financial impact of the COVID-19 pandemic.

Considering there would be no larger projects, we asked HRP why it applied for the CRF. Furthermore, we asked what that money would be used for.

What will the loan be used for?

A spokesperson from HRP told The Canary:

The past year has been a very challenging one for Historic Royal Palaces. Like so many organisations, we have been hit badly by the pandemic. Last year, we had forecast income of £111 million.  We now anticipate that we will end this financial year with £13 million of income. This amounts to an 88% reduction from the previous year.

Like many culture and arts organisations in the UK, HRP took a financial hit from having to close its doors. The DCMS has said that during the “early months of the first lockdown, over 15,000 theatrical performances were cancelled with over £300 million in lost box office revenue“. It has led to permanent closures of cultural venues including Southampton, Leicester, and Bromsgrove.

So we asked what the loan would go towards. This is what it said:

We used our reserves to survive in 2020, but they have now been exhausted and we need further financial support to survive this year…

The loan will be used to cover further significant losses we expect to incur this year, and to provide some investment for projects to help us recover.

But it was this investment for projects that we wanted to know more about. Especially after HRP had already stated in its 2020 financial report that it would re-allocate project funding across the organisation.

We’ve only just received the loan and a lot of time and effort has gone into securing it. To stress, this is a loan and Historic Royal Palaces will have to pay this back.

The money will go towards a new Crown Jewels display

We contacted the DCMS to find out how the money from the CRF might be used and how funds were awarded. The DCMS told The Canary:

Across the CRF Repayable Finance Programme, when reviewing applications we considered a number of factors, and organisations were only supported if they were both culturally significant and could robustly demonstrate that they had taken all reasonable steps to support themselves financially. The Arts Council and the Independent Board have scrutinised all organisations against the strict criteria set for this fund

The DCMS then told The Canary that part of the £40m of the recovery fund would go towards a new display for the crown jewels:

Historic Royal Palaces received £40 million Culture Recovery Fund loans. This loan will help HRP invest in projects that will attract international visitors and generate growth, including a new display for the crown jewels at the Tower of London.

The Canary contacted HRP with the statement from the DCMS. However, HRP declined to comment further.

According to the NAO investigation, HM Treasury has made a further £300m available to the CRF as part of the 3 March 2021 budget. In addition to the £300m in revenue grants, another £100m will act as loans to support organisations as they “transition back to usual operations from April 2021”.

The DCMS intends to distribute this second phase funding based on the lessons learned from the first phase with decisions scheduled to be made in March 2021.

The Canary contacted the DCMS to ask if the second phase of funding has begun; however the department had sent no comment at the time of publication. During this investigation, we found out that this was just the first phase of the CRF. And while HRP received the most amount of funding in phase one, it will be interesting to see which projects the CRF will support as the UK continues on its roadmap out of lockdown.