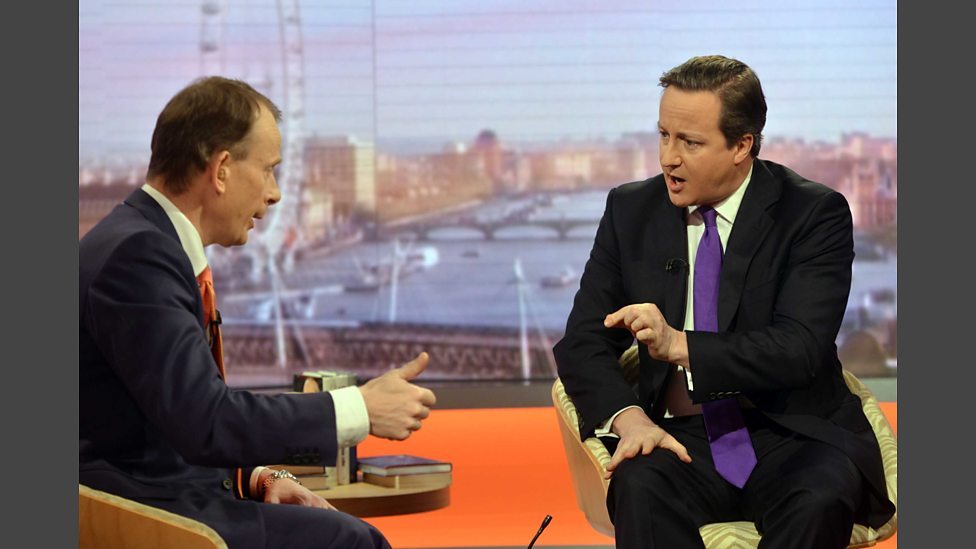 This post is satirical, and based on the original work of John Shafthauer at The Hourly Terrier. Check out the site, it’s brilliant.

David Cameron has accused every junior doctor participating in strike action of being anti-semitic, during a heated interview interview on the Andrew Marr Show.

An overwhelming 80% of junior doctors went on strike on April 25 and 26 in opposition to Health Secretary Jeremy Hunt’s plans to impose an unfair and unsafe new contract upon them. In some hospitals, participation was as high as 90%. Despite junior doctors literally camping outside his office for over a week, Mr Hunt remains closed to further talks.

I'm willing to sleep on the streets to stop this strike. All you have to do is talk, @jeremy_hunt. #timetotalk pic.twitter.com/rLltr63WaX

Junior doctors have repeatedly stated their motivation for going on strike – namely, concern for patient safety and the wellness of NHS staff. However, Marr expressed doubt and asked the Prime Minister to offer his opinion on their “true motivations.” Mr Cameron replied:

I don’t think we can skirt around the issue anymore Andrew. It is clear that junior doctors have an anti-semitism problem.

Asked to speak more on the point, Mr Cameron was only too happy to witter on.

“They are all anti-semites. Every single junior doctor participating in this unnecessary industrial action is a militant anti-semite.”

The Prime Minister then stood up and moved to the video screen behind him which was playing footage from the junior doctors’ march to Downing Street, and began pointing out junior doctors individually.

When the footage featured the address to striking doctors given by Labour leader Jeremy Corbyn, Mr Cameron placed his finger horizontally between his nose and upper lip, and began goose-stepping around the studio while shouting: “Achtung! Ja voll Kommandant!”

Marr was forced to cut to pre-recorded content for 10 minutes while the Prime Minister regained his composure, at which point the interview was able to continue. Marr asked Mr Cameron, now sipping an ovaltine, if he wished to stand by his earlier comments.

“Absolutely” he replied. “The Junior Doctors are all anti-Semites. They say this is about us imposing a contract on them which will lead to unsafe working conditions – but no – they just really hate Jewish people.

“Also – all of those disableds that we hounded to death – turned out that they hated Jewish people too, and so anything that we did to them pales into comparison really, and was probably actually quite heroic.

“Oh – and Muslims – they’re definitely all racist against the Jewish people, which is why we need to come together and eradicate them – because racism is bad – got it?”

The chair of Conservative Friends of Israel, Bob Guff, joined the Prime Minister in condemning anti-semitism within the junior doctor community, and declared the strike as “an act of domestic terrorism.”

The Canary asked the British Medical Association’s junior doctors committee for their response to Mr Cameron’s provocative remarks. A spokesperson replied by email, the full transcript of which reads: