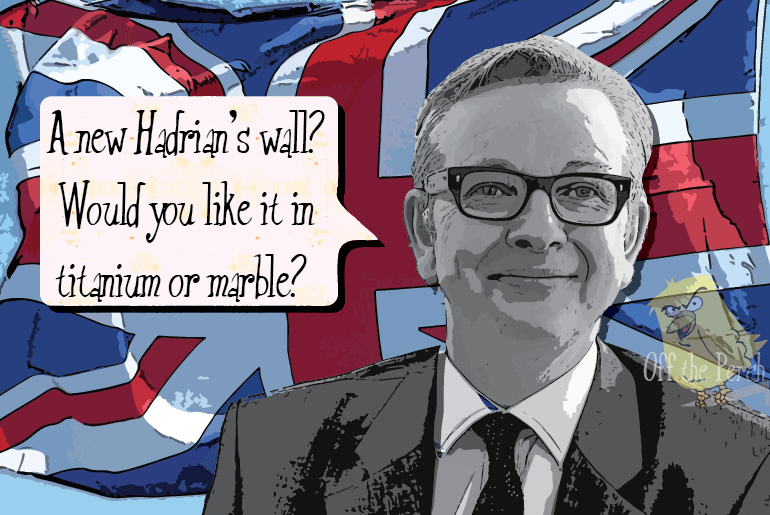 Voters all over the country have praised Michael Gove this past week for bravely just telling them what they want to hear.

Unlike politicians who feel compelled to season their full-roast of lies with the parsley of truth, Gove has been touring the country spraying the whipped cream of bullsh*t directly into people’s mouths and encouraging them to swallow.

Despite the fact that Michael Gove has a very public record of voting to GBH the very institutions he claims Team Leave will TLC post-Brexit, many people are lapping up his speeches anyway. Michael also said:

People in this country have had enough of experts.

As a member of this current government, Gove should know that feeling well – our current regime having spent less time following expert advice than they have assassinating badgers with bullets made of super-compressed wads of cash.

Experts (ie those people who we ignore and then blame when things cock up) are calling this phenomenon post-truth politics – and it’s the exact same technique that Donald Trump is using. In action, this is how it’s working for Gove:

As a result of Gove’s dedication to claiming that up is down, left is right, and The Sun is a newspaper, the Brexit campaign has now taken the lead.

Although – if North is South and Ant is Dec – does Brexit taking the lead actually mean they’ve fallen behind?

Only time will tell. Although Michael Gove may later amend time so that it better suits the ambitions of Michael Gove.

Featured image of Michael Gove altered from this one on Flickr.