Miracles and supernatural events 'could be possible' after Brexit, argues Gove - Canary 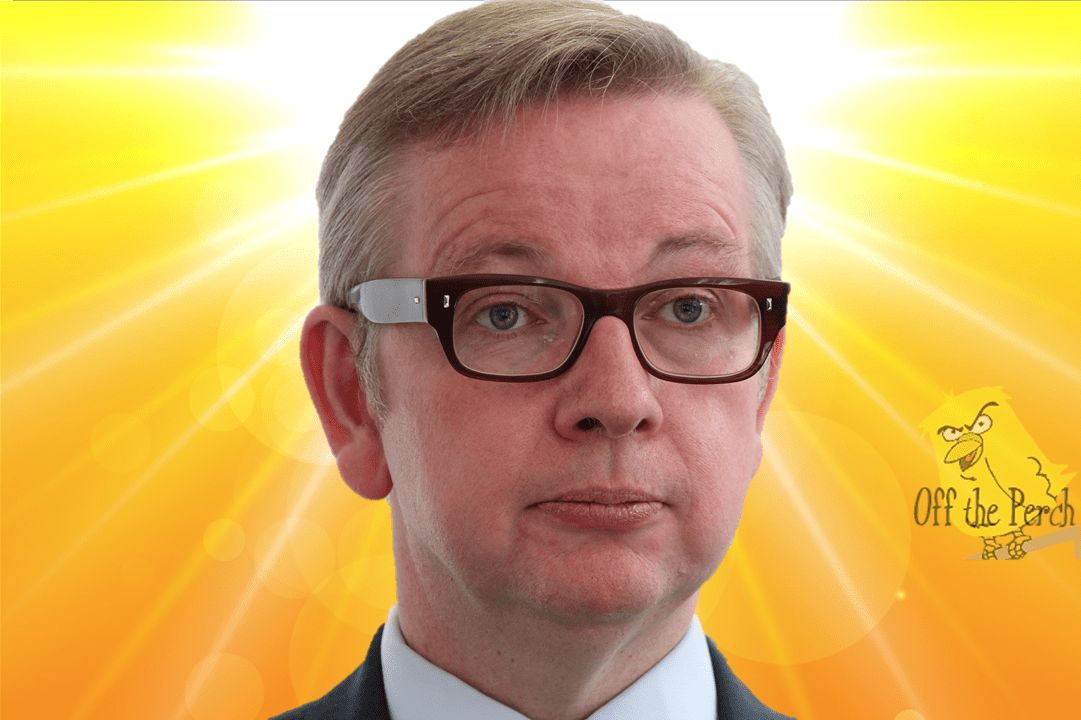 Michael Gove has argued that miracles and other astonishing supernatural events ‘could be possible’ if the United Kingdom leaves the European Union.

During a recent interview, the Conservative MP for Surrey Heath said: “Leaving the European Union could open up all kinds of incredible possibilities. For example, it could allow the government to enact policies that are actually beneficial to the little people, instead of simply trying to destroy people’s lives with permanent austerity as we have been doing since we took power in 2010.”

“Because here at the Brexit campaign we have no real arguments to make, I am cynically talking-up a number of highly attractive policies that in theory ‘could’ be enacted if we leave the EU, but which I and my Conservative colleagues would certainly never, ever dream of actually implementing.”

Later in the interview, Mr Gove added: “After we leave the European Union, maybe even the day after the referendum itself, it is quite possible that miracles and a variety of other supernatural events will begin to happen all across the United Kingdom, but predominantly in Conservative-held marginal constituencies where my party would gain the greatest electoral benefit.”

“The miracles may very well come in the form of the mysterious disappearance of the campaign spending records needed to properly investigate the recent allegations of fraud against the Conservative Party.”

When asked to comment on Mr Gove’s claims, Prime Minister David Cameron responded with several minutes of pure waffle that did nothing whatsoever to help the Remain cause, with some observers then remarking that Mr Cameron must be a total moron to have got his party and the country as a whole into such a perilous position.