The week in satire Volume #1 - The Canary 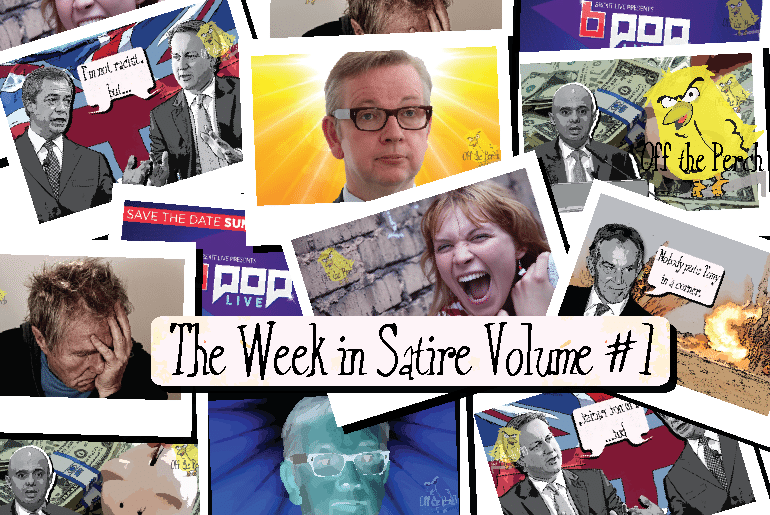 Was it really all about the EU Referendum? 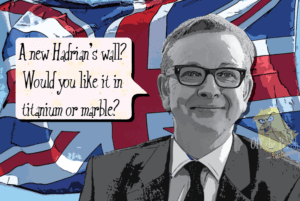 Gove Praised for Just Telling Voters What They Want to Hear

Voters all over the country have praised Michael Gove this past week for bravely just telling them what they want to hear.

Unlike politicians who feel compelled to season their full-roast of lies with the parsley of truth, Gove has been touring the country spraying the whipped cream of bullsh*t directly into people’s mouths and encouraging them to swallow.

Despite the fact that Michael Gove has a very public record of voting to GBH the very institutions he claims Team Leave will TLC post-Brexit, many people are lapping up his speeches anyway. Michael also said: “People in this country have had enough of experts.” 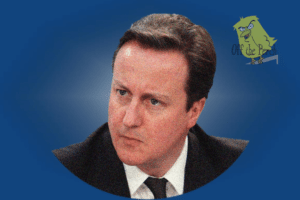 A group of millionaire Tory donors is currently finalising plans to take editorial control of one of the world’s most famous English dictionaries. Building on the already pro-Conservative bias of Britain’s main corporate media outlets, this move is much more than just another attack on Labour leader Jeremy Corbyn.

Based in the British Virgin Islands, the coalition of bankers and high-ranking businessmen is registered under the name TRUMIN. Off The Perch has discovered that this group has been in talks with the owners of Collins English Dictionary for a number of months about the possibility of exerting editorial influence.

Our anonymous source at Collins told us that the owners of the dictionary (the good people over at Rupert Murdoch’s News Corporation) were more than happy to deal with TRUMIN, and that the first edition of the new dictionary is set to come out later this month. 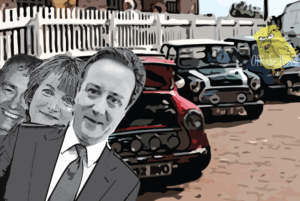 In a scene similar to popular con-movie The Italian Job, the leaders of three UK political parties (and Harriet “Also There” Harman) appeared in front of three Minis yesterday to represent…

Well, David Cameron claimed that the Vote Leave Tories are perpetrating a “con-trick” on the UK – which is probably a fair assessment – especially as Boris and co are making wild and un-costed claims about what may be possible post-Brexit, and yet don’t seem to have any idea of how the split will actually work in practice.

So obviously there is a big similarity between them and the crew from The Italian Job, as Boris is saying – “Hang on a minute lads, I’ve got a great idea” – but you never get to see what that idea is. 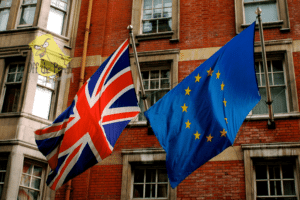 The 12 Best Images so far From the EU Referendum Debate

For some in Britain, the EU referendum is a matter of life and death, wealth and destruction, humanity and barbarism. For others, it couldn’t be over soon enough, numbing our collective brains with endless economic exaggerations, baseless fearmongering, and talk of impending doom. But what has the colourful world of memes had to say about the debate?

Memes related to ‘Brexit’ are perhaps the greatest in number.

Some supporters of the ‘Leave’ campaign seem to believe England would have a greater chance of winning the World Cup if it left the EU: 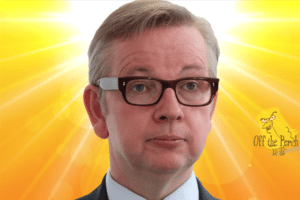 Miracles and Supernatural Events “Could be Possible” Post-Brexit, Argues Gove

Michael Gove has argued that miracles and other astonishing supernatural events ‘could be possible’ if the United Kingdom leaves the European Union.

During a recent interview, the Conservative MP for Surrey Heath said: “Leaving the European Union could open up all kinds of incredible possibilities. For example, it could allow the government to enact policies that are actually beneficial to the little people, instead of simply trying to destroy people’s lives with permanent austerity as we have been doing since we took power in 2010.”

“Because here at the Brexit campaign we have no real arguments to make, I am cynically talking-up a number of highly attractive policies that in theory ‘could’ be enacted if we leave the EU, but which I and my Conservative colleagues would certainly never, ever dream of actually implementing.” 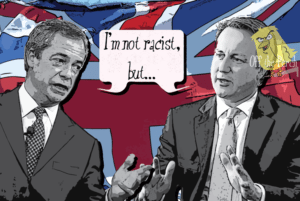 Following several arduous months of campaigning, the debate finally came to a head on Tuesday night, as David Cameron and Nigel Farage argued about whether our racism should be completely blatant or a little more sly.

Although superficially we are calling it a referendum on our EU membership, the debate has unfortunately been handed over to the far-right and less-far-but-still-pretty-far-right, and as such the public discussion has become something else entirely. This means that although Farage and Cameron represent opposite sides, the main thrust of both arguments is that the only way of protecting ourselves from foreigners is to vote leave/remain. We spoke to an everyday man on the street to find out what he thought:

From what I can tell, if we vote to remain we’ll have to spend the rest of eternity tied up in red tape as fruity European fishermen force us to eat halal bananas by the kilogramme. If we leave, however, the sausage-brigade will stop sharing their security information with us, and we’ll quickly be overrun by leftist jihadis who want to spend their benefit money on application videos for The Great British Bake Off. 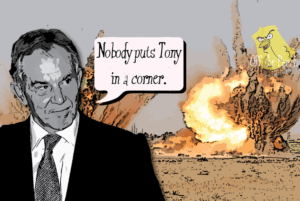 Blair’s Leaked List of Iraq Wrongdoers Names Everyone But Him

Following rumours that the Chilcot Report is going to go badly for Tony Blair (ie that it’s going to confirm what we all already know), the former PM has been on something of a pre-emptive offensive.

Aides to Mr Blair have advised him against such a move – especially as his proclivity for pre-emptive offences is what landed him in trouble in the first place. Tony angrily refused to listen, however, and it was this aggressive behaviour which led to one of them leaking the following list of people that Blair will attempt to blame for the Iraq war.

That and the fact that he insisted on referring to all of his various aides, servants, and manscapers as ‘Tony.’ 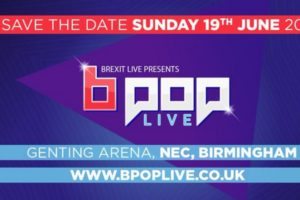 Some of the biggest names in the music industry are preparing to make sweet love to your ears on 19 June as part of Leave.EU’s much-awaited concert: BPop Live. And now, Off the Perch can proudly reveal some of the giants who will be gracing the stage, along with news of an exciting rival event organised by the Remain camp.

The concert’s current headliners will be three quarters of Bucks Fizz – the winners of the 1981 Eurovision Song Contest – along with one of the Drifters, an Elvis impersonator and household name Alexander O’Neal – the American soul artist who’s appeared on Celebrity Big Brother, Weakest Link and Wife Swap. For just £23 (plus booking fee), you can see these amazing entertainers share the stage with UKIP’s Nigel Farage and not-at-all-disgraced Tory MP Liam Fox!

But that’s not all!

A little Brexit birdie has told Off the Perch that there are a number of other artists waiting in the wings, and we can now reveal just a few of the names that will be taking BPop Live by storm later this month. 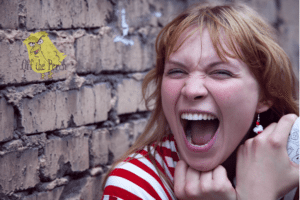 A new illness has claimed its 15th victim among Britain’s media community. The disease is prevalent in white, middle class, corporate media – and symptoms include a short but intense period of mock outrage before the victim spontaneously self-combusts.

The virus, known as POUTRAGE (Publicly Offended Ultra-Twattery Replacing Any Genuine Emotion) claimed the life of New Statesman journalist Sara Diddums this week. Diddums is believed to have been tweeting about an article with which she disagreed, by POUTRAGE carrier Helspeth Shoeless. Within minutes of seeing the tweets, Shoeless had erupted into flames in her Cheshire home, leaving newly-infected Diddums to spread the virus.

On the day of her tragic and untimely death, Diddums was seen pacing frantically through Islington, screaming at her iPhone. Her Twitter timeline reveals she repeatedly sub-tweeted the author of the article she disliked, copying in every one of her followers. 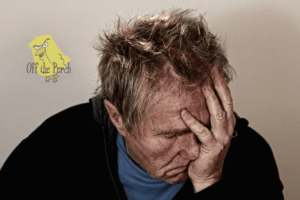 Carrying on with the EU Referendum would just be a massive waste of time and effort, a government official has told Off The Perch. All the main players in the debate have been dragged through the dirt so relentlessly that it’s almost impossible to tell which side they’re on.

With all involved now having to wade through knee-deep bullshit and basically knackered, the action has slowed to barely walking pace. As the official noted:

The contest, as a spectacle, hasn’t got anything to offer the public anymore, apart from the kind of grim fascination you feel watching people roll about at the end of a really rainy Glastonbury.

It’s clearly much better if we just sack the whole thing off. 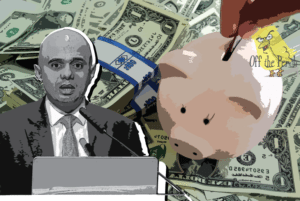 The Department for Business, Innovation & Skills is advising parents to allocate part of the pocket money they give their children to advertising – so the nation’s young people can start to detach themselves from their own sense-of-self at an earlier age in order to increase their potential profitability in the future.

This is what the Business Secretary, Sajid Javid, had to say, in an interview that he gave to Business Boy magazine earlier this week:

The best thing about the rise of the internet and reality TV is that everyone knows how to market themselves nowadays, whether it’s those Irish Eraserhead-twins from The X-Factor, or that bile-frothing, Irma Grese-next-door woman from The Apprentice.