Renowned anti-hero The Sun to save us from evil EU! - The Canary 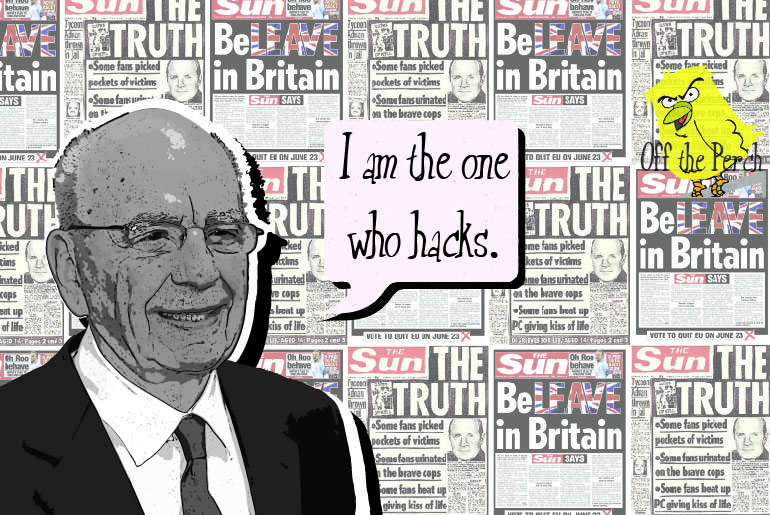 Much like The Silence of the Lambs’ Hannibal Lecter, FIFA’s Sepp Blatter, and Russia’s Joseph Stalin, The Sun newspaper has always enjoyed the revered status of ‘anti-hero’. Of being a paper of the people. Of being a publication that simply does things a little differently to everyone else.

In part, this is because those behind The Sun are not afraid to bend the rules to produce real “results” – results being defined as whatever:

b)  Lowers the standards of public decency

c)   Enforces a world view that is coincidentally in-line with the paper’s owner – Rupert Murdoch, or

d)  Keeps those in power in check.

Of course, it must be clarified that they are holding the ruling classes “in check” using The Sun, as opposed to something pretentious or esoteric like ‘the truth’ or ‘the law’. This is why successive would-be Prime Ministers have had to bow before The Altar of Murdoch and beg for safe-passage – much like how Judas Iscariot brokered himself a deal with The Bible’s greatest anti-hero, Pontius Pilate.

In their quest get what they want, they are never afraid. Even, possibly, to break the law – which you wouldn’t be if you were, in effect, the lawmaker’s boss.

Some have argued that the Murdoch empire’s apparent hyper-patriotism flies in the face of them doing things like allegedly hacking the phones of dead soldiers’ families. Those in the know, however, realise that these seemingly hypocritical actions are the truest form of anti-heroism there is – much like how Henry VIII proved his edgy dedication to marriage by systematically getting rid of his wives.

The Sun isn’t even worried about flouting respect for basic human decency – having seen more filth pass through it on a day-to-day basis than a competitive eater’s colon. This was most noticeable when Kelvin Mackenzie was editor – the biggest anti-hero of them all! Infamous for:

Although Kelvin is no longer the editor of The Sun, he does still have a regular column in the paper – much like how the great Labour anti-hero Tony Blair is still given time to publicly berate us for not cleaning his mess up properly.

Rupert Murdoch has of course made his opinion on the European Union clear in the past – stating that:

When I go into Downing Street they do what I say; when I go to Brussels they take no notice.

Obviously this shows why The Sun’s opinion on Brexit is to be taken seriously: if the EU won’t listen to the opinion of a man who has bravely attacked victims, heroically invented the truth, and fearlessly counted down to the 16th birthdays of famous young women, then clearly these Europeans are failing to see that sometimes you need to break a few eggs to make an omelette.

And that some times you need to break a lot of eggs to make an omelette.

And that other times you need to break a sh*t-tonne of them, and actually you don’t even end up with an omelette – just a vast personal fortune and a staggering level of influence.