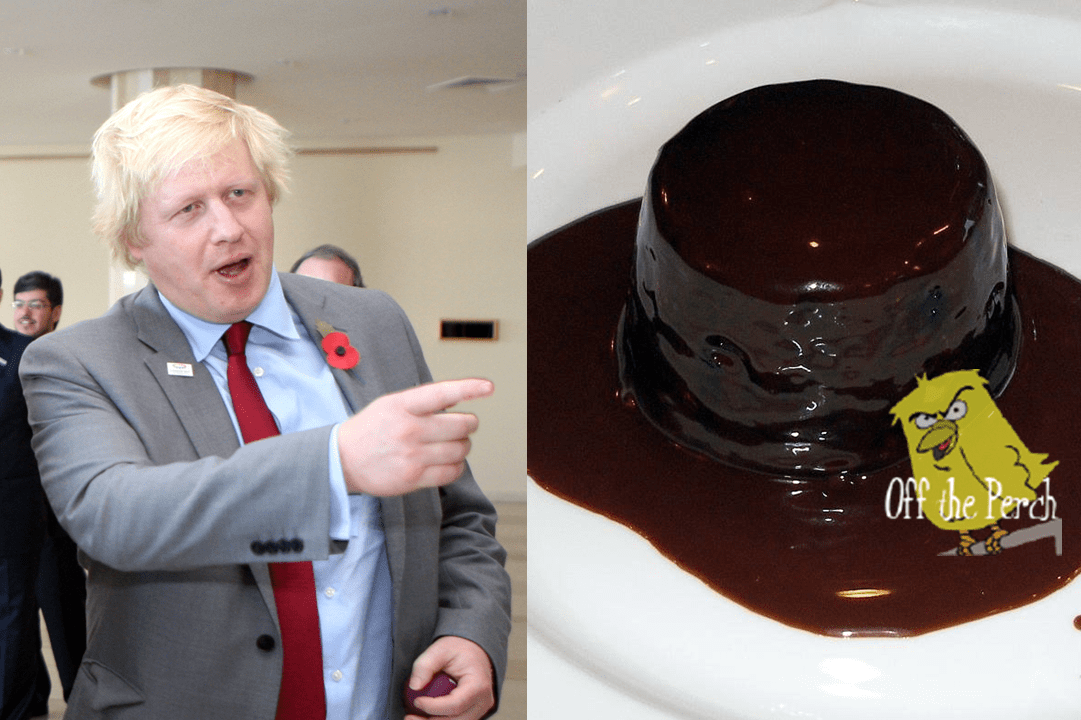 Voters dithering over which box to tick on 23 June, or indeed whether to get out of bed at all, have been trawling the internet for clues as to which side may have the stronger argument.

They won’t necessarily have been helped by this extraordinary clip from a speech by Boris Johnson in which the disconcerting Brexit bigwig made some kind of cake-based case for voting Leave.

Boris Johnson Terrible Brexit SpeechHave been undecided where I stand on Brexit but this amazing speech from Boris Johnson has really swayed me. Check it out!

Boris was referring to the makers of Gü cakes and puddings. He’s a long-time fan of their work, which possibly explains why he drifted off into a drooling daydream. Either that or he’s been taking public speaking tips from his equally food-obsessed Remain rival Liz Truss:

Maybe Boris was just trying to imitate the pause-rich speaking cadences of Winston Churchill. Or maybe he’d forgotten the cake came from Walthamstow, a corner of Greater London whose residents love it but whose only previous export was the boy band stylings of BPop refuseniks East 17. Or maybe Boris couldn’t remember if exports of (actually rather continental) desserts to mainland Europe mean that the EU is a good thing or a bad thing.

Anyway, cake. Makes you feel a bit peckish doesn’t it?