Individual UK residents want independence from each other next - Canary 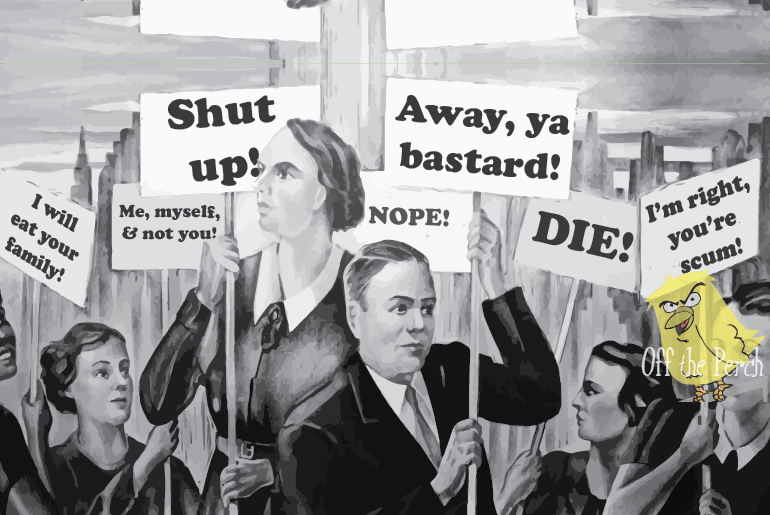 Following a successful Brexit campaign, voters on either side of the referendum campaign woke up on Friday feeling like they still weren’t quite independent enough.

Within minutes of the Brexit announcement, there were already calls for the United Kingdom to be broken up. Initially these came from Scotland and Northern Ireland, but later Sadiq Khan began trying to assess if London could secede from the country too.

It’s weird, because I did actually vote to remain, but after I saw the results I thought to myself – ‘I don’t want to live in this country anymore.’

And so that’s it – see-ya, England – London’s joining Europe, so you’ll have to find somewhere else to send all of your most annoying people to live.

The rot didn’t stop there, however, and not long after that, several other prominent regions called for independence from the UK. The current theory is that the hate-filled campaigns led by Cameron and Farage were so divisive that people are fed up to the point that they simply can’t stand the sight of one another.

The hurt involved Lexiters feeling annoyed about being branded racists, Brexiters feeling sore that their exhaustion with the political system has never been taken seriously, experts feeling aghast that their now vindicated opinions weren’t believed, and Bremainers unable to believe that we actually went through with it at all.

Rather than attempting to come together and identify our common enemy (the Tories helpfully announced it was them by running both sides of the debate) people have instead chosen to adopt an attitude of:

Get the f*ck away from me, you mad b*llocking idiots.

To realise their dreams of gaining true independence from one another, people have begun blindfolding themselves, stuffing chewing gum into their ears, and wrapping themselves up in several duvets – all in an effort to avoid seeing, hearing, or touching anything that they don’t like.

Obviously we were unable to interview any of these people, but this is what we caught one young woman shouting as she ran down the street – blindly throwing spark plugs as she went:

I’M DONE WITH YOU BAGS OF SH*TE! VIVA LE ME! VIVA LE B*GGER OFF!

Although humanity is known for its appalling tendency to turn in on itself like a rabid ferret, it’s also known for its occasional yet awe-inspiring ability to build communities, break boundaries, and move forwards as one better than any other species on the planet.

Until we start seeing and hearing one another again though, we risk being not so much the United Kingdom of Great Britain & Northern Ireland as the Divided Husks of Absolutely Nowhere.