Thinking your politics are ‘moderate’ is like thinking you have no accent, study finds - Canary 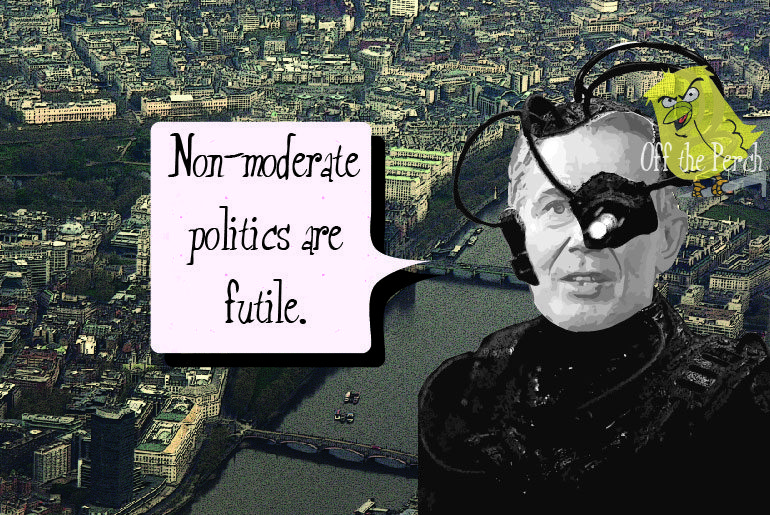 A recent study has deduced that thinking your politics are ‘moderate’ is similar to thinking that you have no accent – ie it’s patently wrong and actually just a little bit dim.

Here’s the head researcher from the study with more:

Firstly we began by looking at some of the politicians who have been described as ‘moderates’ over the years.

The most obvious example was Tony Blair – the man who reasonably plunged us into decades of unnecessary debt by using PFIs to fund infrastructure – the man who level-headedly dragged us into an illegal war to impress an idiot – and also the man who sensibly and practically went on to make millions of pounds lecturing people on why they’re doing a terrible job of cleaning up his mess afterwards.

What we noticed, however, when we removed the adverbs ‘reasonably’, ‘level-headedly’, ‘sensibly’, and ‘practically’, was that none of those things were moderate at all – they were all in fact batsh*t bonkers.

So why do such people think that they’re moderate? Again – it’s like the accent thing – it’s their naïve and narcissistic view of the world which sees them thinking that something is normal simply because they’re the ones doing it.

As a follow up, we asked the researcher if they personally believed that moderate politics do actually exist and, if not, whether they might be a good idea.

Well, I suppose you could create moderate politics, but why on Earth would you want to? With an ever-increasing chasm between the rich and the poor, a planet that just entered another mass-extinction event, and the replacement of informed debate with rampant and unchecked hyper-bollocks, what sort of person would condone a tepid brand of politics that passive-aggressively enforces the status-quo?

Because the status-quo is awful – right – you do realise that?

That’s why Status Quo named themselves after it.

All people worried that they may themselves be moderates are being encouraged to take a free political vision check. Treatment for moderateness includes substantial injections of courage and adopting stances that can actually make a difference.