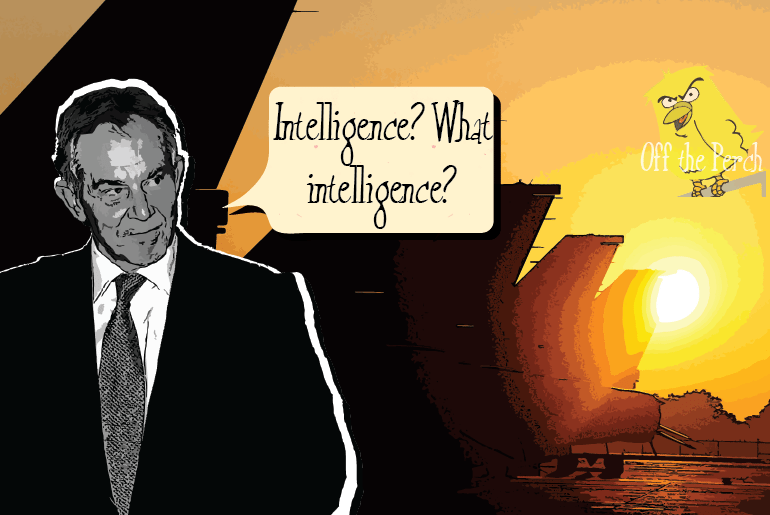 As the attempted Labour coup seems to have only enraged and enlarged the party’s membership, Tony Blair has been left in a precarious predicament this week, as we enter the 7-day countdown to Chilcot.

The Chilcot Inquiry into the Iraq War is likely to point the finger at Blair, and from what we hear it won’t simply be the one finger either – the full report allegedly thrusting multiple digits in his direction – as well as a few toes and some other extremities.

The main problem for Tony, however, is that Labour are currently afflicted with a leader who would like to see Mr Blair treated like the war criminal he’s already sort of come close to admitting he is:

The problem with Tony’s logic is that it isn’t legal to perpetrate crimes against people based on what sort of criminal they are, as the English legal system is based on justice rather than irony.

So you wouldn’t get away with setting fire to an arsonist, for example. You couldn’t steal a stolen identity. It’s not okay to strangle The Stranglers.

Obviously, when Tony Blair was going around running his Cheshire Cat mouth off and continuing to attack Corbyn, people were shocked by the man’s gall – shocked that even as his national shaming approached, the former PM refused to show some humility.

Of course, we now know what Tony knew – that an all-or-nothing kamikaze coup was on the cards – and that if they could usurp Corbyn, Tony’s devout disciples would be able to spin the findings of Chilcot into the cupboard with all of his other skeletons.

As the coup seems to be unfolding in a similar fashion to the Iraq war itself (ie creating far more opposition than it extinguishes), Tony is left with very few options.

This is almost certainly why reports are coming in of Mr Blair walking round in an apparent daze saying things like:

Fallujah? God bless you. Do you need a tissue?

Although there’s still a week left to go – and a week is famously a long time in politics – Jeremy Corbyn is so far out-smarting the plotters by simply not resigning.