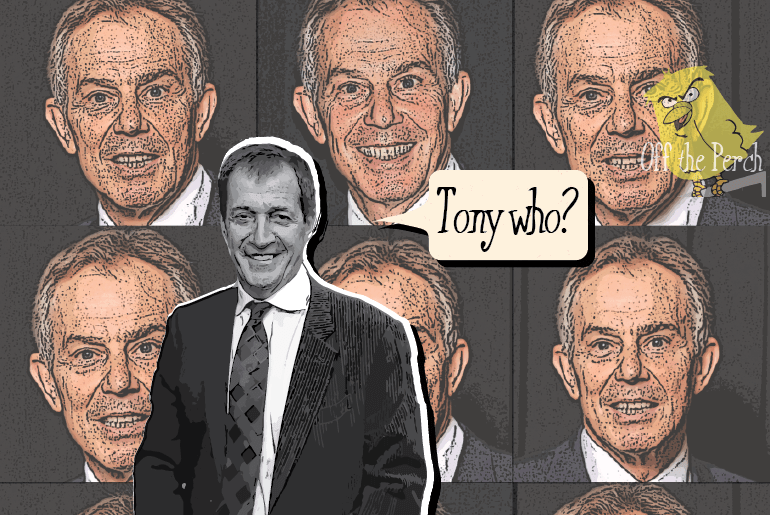 Although many were worried that Chilcot would be a total whitewash, the summary of the report was actually consistently damning of Tony Blair throughout – stopping only at calling him a:

When the report hit, many thought something along the lines of this:

However, most of these MPs – especially the ones who identify themselves as “Blairites” – have been markedly mealy-mouthed on the subject.

Off the Perch has now learned, however, that this is because they’ve been consulting with their good friends in PR about whether “Blairite” is really the best branding they could use going forwards – especially as the word “Blair” is now synonymous with:

·      A total inability to understand what you’ve done wrong (a.k.a. “high-level megalomania”).

Early suggestions have tried to encompass the concept of bland and unimaginative success that they strive for – suggestions which have allegedly included:

However, the group were quickly told that:

If you name yourselves after us, we will have our crack team of lawyers hit you so hard that it will make Shock & Awe™ look like cuddle-up-and-watch time with Barney the f*cking Dinosaur.

So what could the “Blairites” call themselves?

The group have been completely out of ideas for the best part of a decade now – with their final plans reported as:

2.   Remove ourselves from whatever that they don’t.

However, there’s nothing likeable to which they can attach themselves anymore, and so all that’s left is for them to remove themselves from the thing which we all abandoned years ago – hence the name: