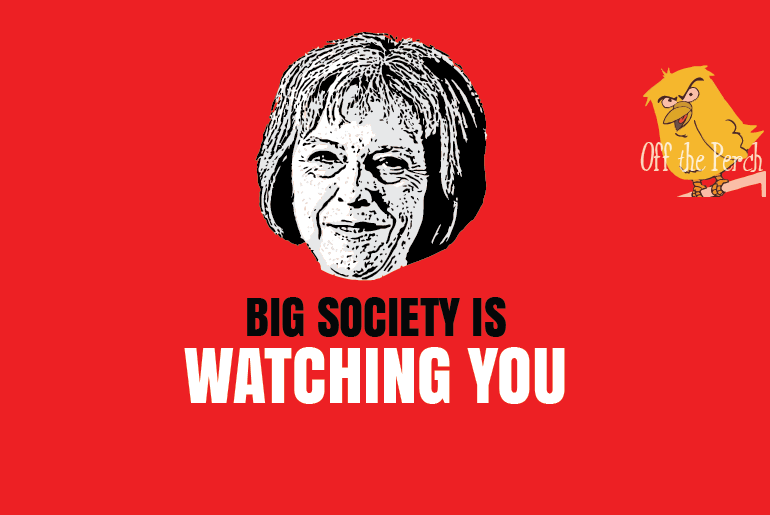 As part of her drive to become PM, Theresa May has been making her case for a country that works for everyone. This is obviously a smart direction for a potential leader to pursue, as Great Britain is quite clearly weighted towards the benefits of:

The problem with May’s claims, however, is that she was one of the main architects behind this current division – having been an undeniably important cog in the clockwork society-thresher that is the Tory party.

This apparent hypocrisy led to one reporter questioning May as to what she’d actually do differently, and particularly what she’d do for the North:

Well I intend to make sure that in my Britain, no one is left behind.

The reporter scoffed at this idea – saying it was essentially comparable to rich escapees from the Titanic shouting down from their lifeboats that they’d “come back” for the unfortunate floaters.

Theresa began to respond/lie, when an unfortunate gust of wind struck up – blowing some very important documents straight into the hands of the reporter. As the reporter in question was a deeply dignified and ethical person, they responded to the kerfuffle by legging-it with the papers as fast as they could – enabling them to read through May’s evil plan and report to us the following:

Although many are worried that Theresa May has already won by virtue of having majority-support and simply not being Andrea Leadsom, the fact is that in post-fact politics, you really can’t predict anything anymore.

And to cement my prediction that the death of prediction is happening, here’s my prediction about how any attempt to make well-informed predictions will ultimately affect the Tory results: