Commemorative stamp marks the coronation of Queen Theresa May - Canary 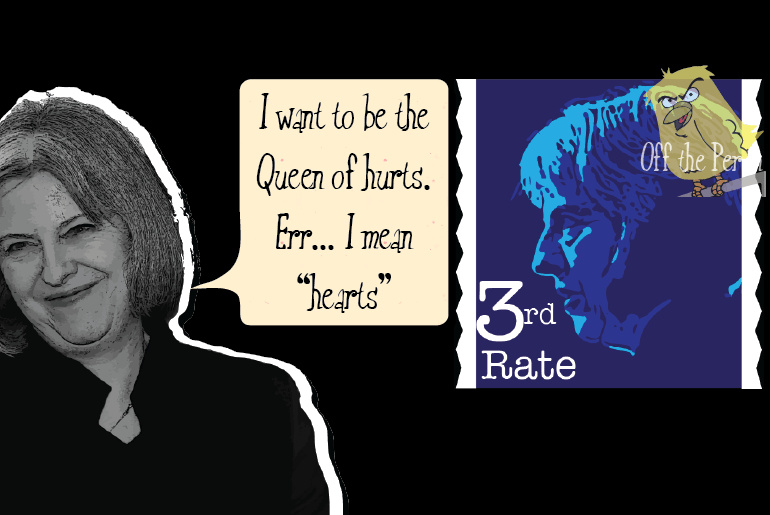 Later today we will see the coronation of Theresa May – Queen of the Anglos – Ruler of the four (but probably soon fewer) kingdoms – Khaleesi of the green and pleasant heartland – the un-learnt – the economic swarm-born – breaker of firewalls – mother of CCTV cameras – and so forth/etc.

In celebration of this epic event, Royal Mail have released a series of commemorative stamps, so that we can all remember the time that a woman with only several psychopathic tendencies was crowned ruler of the UK.

Some people have criticised the fact that Queen Theresa has been crowned as the ruler of our democracy in the absence of any sort of democratic vote, although others have been quick to point out that this sort of occurrence has happened numerous times in the past, and is actually therefore just fine.

Yet others have pointed out that British people having a history of doing something is not in itself a good enough reason to carry on doing it. Various examples of things we’ve unjustifiably perpetrated include:

Regardless of whether you think her coronation is a rip-roaring victory or a sh*tty stick in the eye of democracy, few could argue that it’s happening, as the Tories passed a law which prevents us from stopping them.

Which is certainly something to bear in mind when you see the Liberal Democrats criticising this turn of events, as they were part of the coalition government that introduced this law in the first place.

But anyway – God save the Queen and all that.

Which is a sentiment that may have some practical application in this instance, as reports are already coming in that May is in talks to make the devil her head press secretary.