Theresa May admits she was just kidding, and will announce her real cabinet later - Canary 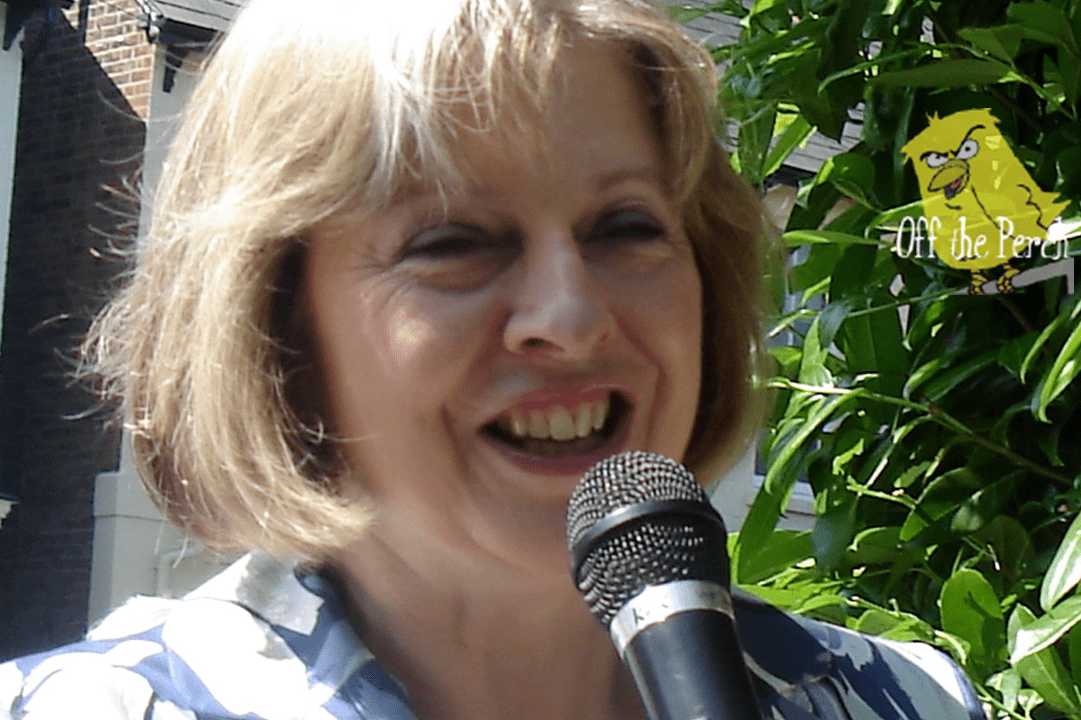 New prime minister, Theresa May, threw off her soulless ice queen image and gave the whole country a good laugh on Wednesday evening, with a series of hilariously satirical cabinet announcements. It’s expected that Thursday will see a return to business as usual, with a mixture of backstabbers, careerists and hopelessly underqualified nonentities filing through the door of Number 10.

In particular, pretending to make Boris Johnson Foreign Secretary stood out as the moment when May struck comedy gold. Who’d have thought that the former rather dour (and frankly a bit scary) home secretary would be able to scale such absurd heights of nonsense?

The BBC’s political Duracell bunny Laura K was heard simpering that maybe some of David Cameron’s legendary stand-up acumen was still hanging about like a ghost in the Downing Street hallway. Off The Perch is not so sure. Cameron’s jokes were about as funny as cramp, whereas May is operating on a rarefied level of funny/not-funny that would draw appreciative mumbles from Stewart Lee.

When all’s said and done, May will probably settle for putting someone less ‘characterful’ but vaguely diplomatic at the Foreign Office. The cruel joke on George Osborne will be forgiven and he’ll be wheeled back in (once he’s recovered) to spend more time with his friends as business secretary.

BREAKING NEWS: Off The Perch has just received word, on very good authority, that May was being serious and that Johnson actually is the new foreign secretary. We’re doomed. Expect an imminent war with Kenya.