I rang a talk show to stand up for Corbyn, but fate got in the way - Canary 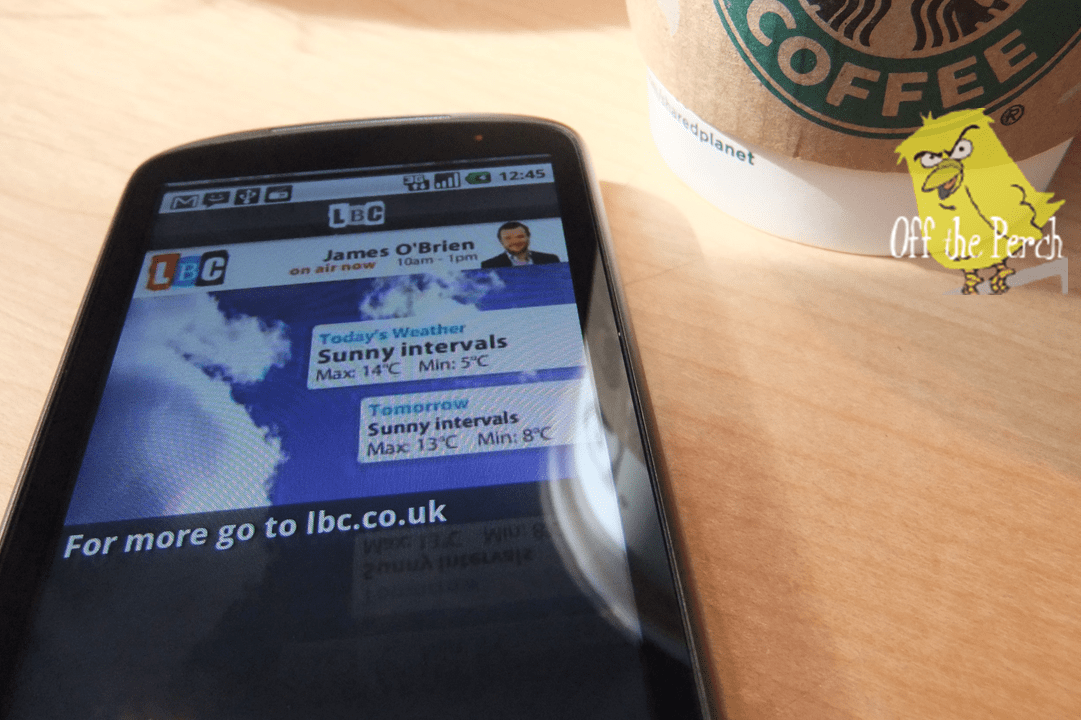 The moment I officially accepted I was a boring old man was when I switched off Kerrang! and Planet Rock radio, and started favouring LBC News.  That’s probably a definitive yardstick, signalling the essence of youth has vanished, gone forever. Now you’d rather whittle away your time listening to people like Derek from Blackburn explain why it’s everyone else’s fault he’s a complete douchebag, and how what we really need are more speed-bumps. In the run up to the referendum and immediately afterwards, listening was frankly little better than self-flagellation.

I listen to radio mostly in the car. On Tuesday night, on a jaunt round the M25, the topic was the farce of the Labour coup, and the man they’d all have you believe was the most divisive, offensive, incompetent and wretched man in politics today: Jeremy Corbyn (cursed be his name).

One barmy seventy-three year old woman phoned in ranting all the typical stuff… that he’s “unelectable”, that his “heart’s in the right place but he’s not a leader” etc (so basically everything Angela Eagle had spouted the very same morning on breakfast TV). The host Ian Payne quite rightly tried to challenge the spoon-fed rubbish pouring down the phone line, but the sadly deluded generic nonsense fountain at the other end just ramped it up – talking over him. She went on to make the following comments:

I almost crashed the bloody car.

Justice demanded it: I had no choice. It was time to yell at an OAP.

After regaining moderate composure, with the aid of bluetooth voice-control, I phoned the talk-show. The old lady was gonna get it. (Figuratively speaking, of course.)

Lo and behold, on the first occasion of ever trying, I got through. A friendly lady on the other end asked what I wanted to say – so I literally screamed it down the speaker at her like a scene from Braveheart. I do hope she realised that I was yelling over the wind and rain noise, otherwise I might have sounded fairly intense, to say the least. (I think she did, as she asked me to pull in and take the call on my handset, saying she would phone back in a few minutes to put me on air.)

I did as instructed. The batty Corbyn-basher had gone, but I still relished the opportunity to set her straight – explaining as best I could that the only reason some people think Corbyn’s unelectable, is because everyone keeps on saying “he’s unelectable”. And they’re in turn only saying it, because the right-wing press have been shoving it down their throats since the day he was elected leader. It’s the “chicken and the egg”. We live in a time when shouting something loudly and often enough makes it true in the eyes of “Joe Public”, even if evidence to the contrary is painstakingly obvious.

Sadly, if they could only listen to what Corbyn wants to do for them, instead of simply absorbing the bile spewed from every corner of the political/media establishment, they would realise that although he’s not perfect, he’s currently the only chance of a better, fairer and more liberal society for all of us. (Or those of us who don’t have a trust fund, an account in the Cayman islands, and a villa in the south of France anyway.)

I sat there pulled in at a bus-stop with my hazards on for twenty-five goddamn minutes, listening to the radio show through my phone.

At least a third of that was adverts. The anticipation was immense – I must’ve smoked at least three cigarettes.

However, when the conversation shifted to a doctor answering questions about a caller’s “frozen shoulder”, I did start to wonder whether I was on the right show. For all the strings to his bow, I don’t know if Jeremy Corbyn is much of a chiropractor. The ambiguity was short-lived, as the nice lady soon came back to say they’d sadly run out of time – but that I should “keep listening”.

I won’t deny it – I was pretty hacked off. My dinner was probably in the bin, I didn’t get to say goodnight to my daughter, and I’d probably accumulated at least three parking tickets from some secret camera built into the nearby bus shelter. If I’d been told I might not even make it onto the s*dding programme then, to be honest, I might have settled for shouting at a passing pensioner instead.

The silver lining? LBC’s time-wasting probably saved me a lawsuit, and/or causing an old woman to keel over.

Which let’s face it, is probably a good thing.