Man wakes from month-long coma, launches legal bid to be put back to sleep - Canary 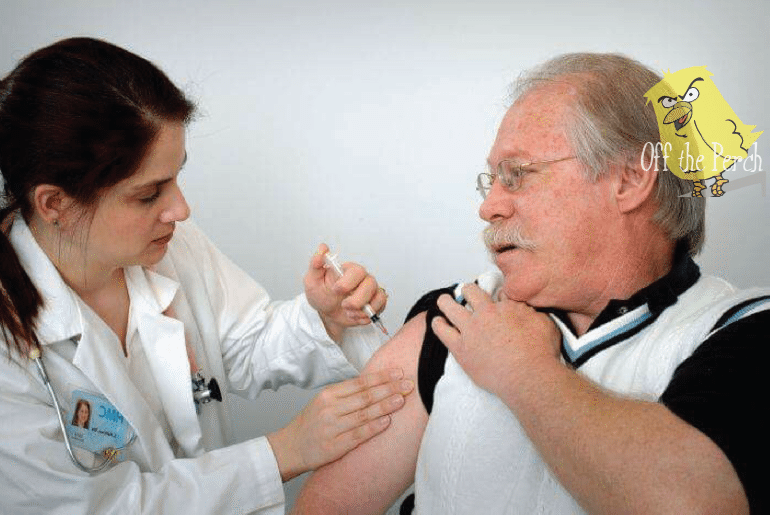 A man who spent a month in a coma following a cheese-rolling accident in June awoke this week to find the world in such complete disarray, he is now launching a legal challenge to be put back to sleep.

54-year-old taxi driver Roger Bird was participating in the annual Buxton Coombe cheese roll on June 18 when tragedy struck. As he and fellow villagers raced down a steep grass hill, chasing a giant ball of local cheese – Mr Bird tripped, somersaulted, and suffered a catastrophic landing which left him comatose for a month.

Mr Bird awoke to a very different world. As he told Off The Perch:

“I thought it was a flipping joke to begin with like. One minute I’m chasing a ball of cheese, next thing you know, we’re heading out the EU, and every last bugger who told us to get out has swanned off! Oh, except the white-haired, racist clown one – he’s now our FOREIGN SECRETARY!”

After a short break to regain his composure, Mr Bird continued.

“I thought I’d be popping open a bottle when Cameron left Number 10. But now we’ve got Theresa May in there! Theresa ‘Go Home Vans’ May!”

So when they told me that I thought: oh well, this might be good. Labour can basically just stroll in to Number 10 with Corbyn now. He did well in the locals, he got 70% of Labour voters to vote Remain, the country’s now got four Labour mayors, and that massive membership surge thing – what is it now? 600,000?

Instead, these opportunistic, backstabbing idiots in the parliamentary party launch a f*cking coup! What are their policies? Nobody knows. Who have they decided they’re backing in Corbyn’s place? Owen Smith. Owen. Smith. Who the f*ck is he? I literally had to google him to find out, and it turns out he’s only a former lobbyist for this massive drugs company called Pfizer! They literally want to replace their best leader in decades with some faceless corporate lobbyist! I can’t even…”

At this point we took another short break while Mr Bird engaged in Angst Relief Therapy with a specialist nurse. This involved making a collage of recent news stories and then tearing it to pieces with his teeth. Unfortunately, Mr Bird was informed during this process that Andrea Leadsom was now in charge of the Environment, and over 100,000 new members of the Labour Party had been disenfranchised in efforts to prevent Jeremy Corbyn from winning the forthcoming leadership election. Mr Bird swallowed some of the collage in the ensuing fit of rage, and began to choke. Medical support staff intervened and thankfully, Mr Bird was saved.

Once calm was restored, Mr Bird insisted he was happy to continue the interview.

“So you can see, with all this going on – I don’t see the point. “I’d like to return to my dreams – at least until this sh*t show is over.”

Mr Bird’s case is being taken to the European Court of Human Rights for immediate review, and it is believed that he will find a sympathetic audience. Legal expert Myklas Johannsen told Off The Perch:

This is an open and shut case. The British people are suffering collective punishment, and a level of political absurdity which can clearly be seen as cruel and unusual punishment. Both of these are outlawed under the European Convention on Human Rights. We expect more cases.

Off The Perch approached Labour leader Jeremy Corbyn for comment on the case, asking if he might like to sit out the next few months in an induced coma. He said simply:

Hell no. Someone needs to sort this sh*t out.