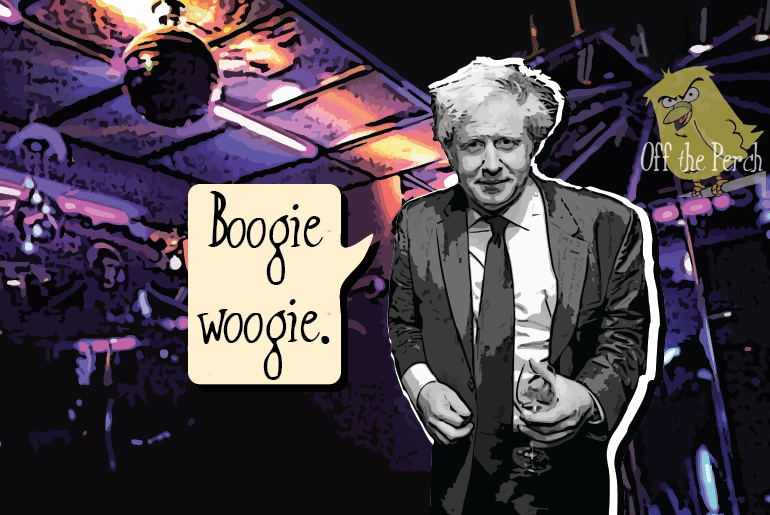 When Boris Johnson was made Foreign Secretary, most rational people thought:

Although it seemed illogical to appoint a braying, jingoistic racist to the post – ie the sort man who is so universally offensive that he’s probably set our entry to the Galactic Federation of Planets back by millennia – Off the Perch can now reveal that Prime Minister May has actually made the smartest post-Brexit move imaginable.

It’s widespread knowledge that the world wants to punish us for our decision to split from the EU, and it’s also widely known that when it comes to Boris, the leaders of the free-world have more bones to pick than a rat in a KFC mega-bucket.

What Theresa has done is arrange it so that Boris will be sent abroad for our foreign friends to have their sh*ts and giggles with him, and in return they’ll f*ck us over a lot less than they originally intended to.

Although most of the world leaders agree that they’ll need some time to think up some really depraved stuff for him to do, they did all meet up last night to make Boris do the BoJo-boogie for them at a breakfast-buffet/strip joint.

The following is a video of said event, and viewers with heart conditions will be relieved to know that it cuts off just before Boris was made to strip down to his y-fronts, and the attending politicians threw brown sauce, scrambled eggs, and forks at him.

Although some have complained that making a man act like an unrestrained ape is inhumane and indecent, it is essentially what Boris has spent his entire career training himself to do, so f*ck him.

It’s also been argued that having Boris humiliated humiliates the entire country, but seeing as how we collectively allowed Johnson, Cameron, and Farage to lower the tone of UK politics so thoroughly that Donald Trump began to look like he had the gravitas of Nelson Mandela, maybe humiliation is what we deserve?