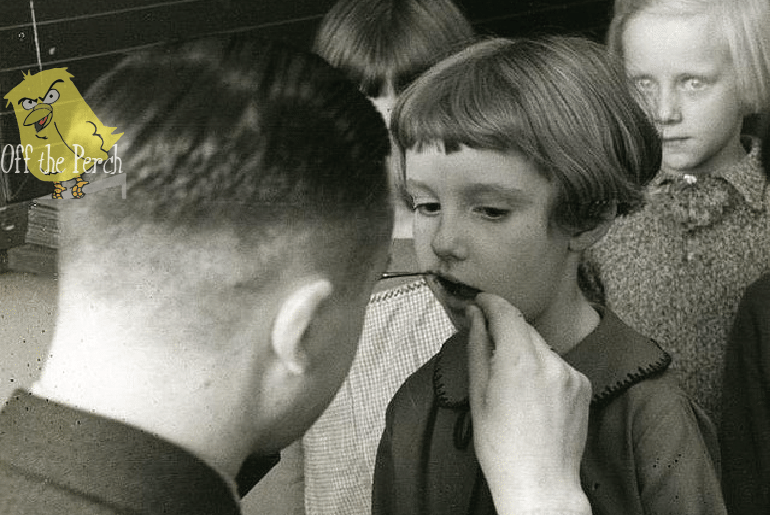 The Department for Education has begun sending out repossession letters to plebeian families this past week, demanding that their horrible children return the education which was lamentably put inside their brains as part of some awful EU initiative.

Now that the Tories are free of the Lib Dems, the EU, and the superficially compassionate Cameron, they no longer even have to pretend that these children have a future. As such, the Department for Education has reassessed what information poor kids do or do not need, and have begun reacquiring everything which is superfluous to requirements.

To find out more, we spoke to Justine Greening – the new Secretary of State for Education – to find out how these grasping little sh*ts managed to steal so much raw potential from us in the first place:

The thing is that if you give them too much information, they just get these sad little dreams in their heads, and then their awful little faces scrunch up like one of those ball-bag dogs when they realise it will never be. I think these children knew they weren’t owed this education when they received it, and yet they absorbed it all anyway. They could have stuffed chewing gum in their ears or gone for a smoke behind the bike sheds, but no. They just sat there – stealing it all in with their crafty little ears.

The Department for Education plans to reclaim the incorrectly allocated knowledge through the use of what they have named ‘Govers’ – a genetic hybrid of the dementors from Harry Potter and the former Education Secretary, Michael Gove.

The Govers will reacquire the education by placing their horror mouths over the youngsters’ ears and then sucking the learning out of them like an anteater greedily slurping out of a 3-litre bucket of cinema-bought Coca-Cola.

Scientists have expressed concerns that the children’s memories, personality, and sense of hope may also be glugged out, but Greening has said that “they are willing to take that risk”.

Education topics marked for repossession include:

The recovered education will be fed directly to our beloved royal hatchlings, Princess Charlotte and Prince George, at Buckingham Palace’s royal vivarium. Ultimately, it will be more than they actually need, but what does go in will help them to express themselves in a manner which makes it sound like they earned and deserve the lives that were actually just handed to them.