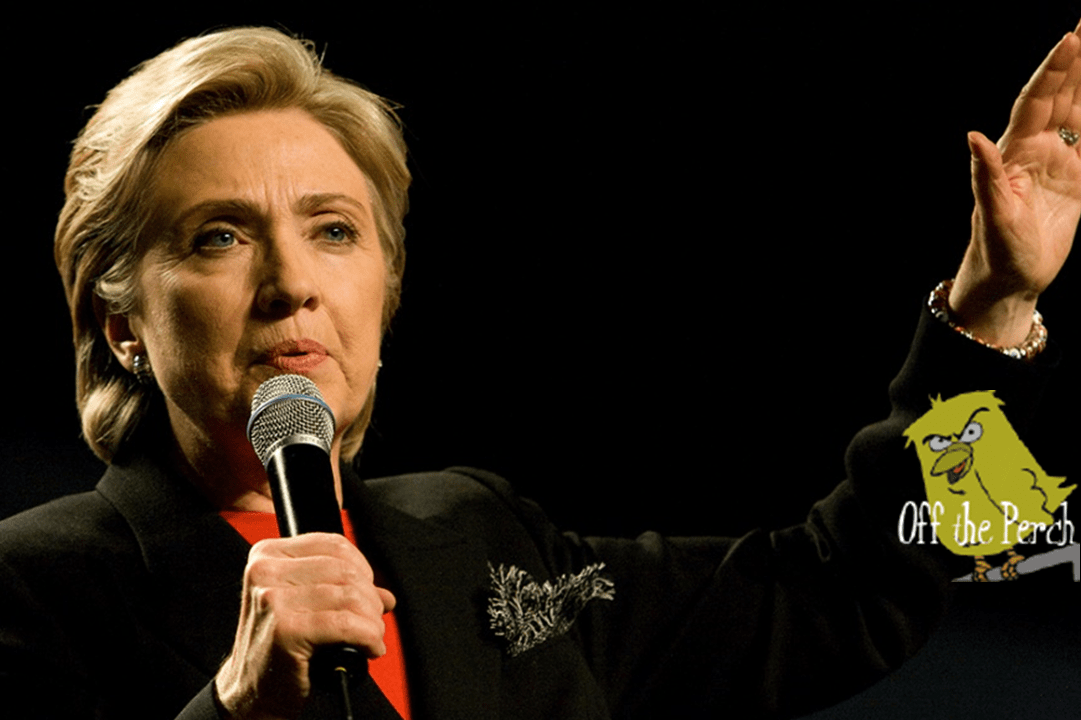 Hillary Clinton has tested out her vampire-like mesmeric powers on millions of people down a camera lens, in preparation for what is (unbelievably) hoped to be her imminent presidency.

She was only partially successful. Aside from a few isolated reports of hypnotised women inexplicably deleting emails and yelling at their husbands, the most commonly reported reaction was:

Sitting at home watching the Democrat convention in Philadelphia on TV, this writer only experienced slight flatulence.

People say Americans “don’t do pantomime”, but they really do. They just don’t realise it’s pantomime. Instead, they’re convinced their politics are something highbrow like opera, or a symphony orchestra. Nope, sorry guys. It’s just a man in drag hogging the limelight, singing crap pop songs we’ve all heard a million times with various lyrics.

“The show” – eg the portion before Hillary’s face quite literally cracked the glass (not for the first time), was the world’s most melodramatic, over-indulgent soap opera, ever. It was like a director somewhere had been given a mandate to tug on every single feasible heart-string in existence, but warned that for every demographic they missed, one toenail would be extracted.

Babies and children. Children with parents, children without parents. Aged pop stars, political prisoners, military personnel. Old people, young people, slightly older people. A seemingly psychotic Meryl Streep practically draped in an American flag. Even rescue puppies and bunny rabbits got to stand on stage and read from the teleprompter, spooning impassioned words to an adoring crowd – who in turn wept with joy, losing their sh*t at how Hillary’s apparently gonna “change the world”. Being 1) British and 2) a cynic, it’s fair to say I nearly combusted internally. Clinton’s campaign laid it on so thick, I could taste her frickin’ lipstick. 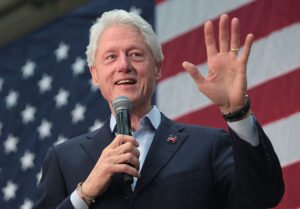 Naturally Bill Clinton made an appearance – as soon as he’d been found, and subsequently removed from the ladies’ toilets.

This was all pre the pop/R&B song, pre-recorded by formerly successful actors and musicians. (Plus a few yet to reach puberty.) You can hear the song here. Be warned though, you’ll need a strong stomach. There are adolescents beat-boxing and everything.

My favourite moment is probably when the token rapper announced:

We livin’ in history, America take a bow. We about to show the world, yeah – women are equal now.

If having a female leader somehow equates to women being “equal”, there’s no need to “show the world” anything my rapaciously rhyming friend. Not wanting to p*ss on your chips, but other nations have been doing it successfully for quite some time now.

Then, the whole thing went full-on Hip-Hop concert. Flaming pyrotechnics, smoke machines, dancers with six-packs “twerking“, it was insane. I was literally waiting for Snoop Dogg to pull up on stage in a bouncing car, smoking a fatty. As it turned out, we just got Alicia Keys on a piano. (Her rider isn’t half as demanding, and is also legal.)

Jeez… the Americans do get it’s not a reality TV show or MTV, right?

A montage of American presidents was scary enough, but the sound of broken glass, followed by footage of Hillary inanely grinning to the instrumental of a song about people on fire??? Terrifying.

The grin faded away to a sinister smirk, and then just “dead-eye”. She calmly surveyed the little people whooping and cheering with the steely gaze of a tigress selecting antelope. I swear it would have prompted Ming the Merciless to make an unplanned toilet stop.

It may only last seconds in the edited video, but on television, the bowel-shattering stare seemed to linger forever. 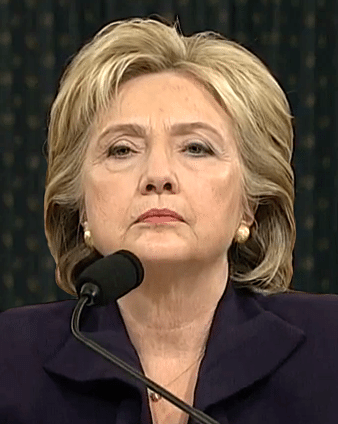 All jokes aside, it was creepy as hell.

For better or worse, many feel they have no choice but to get behind this woman now.

Even Bernie Sanders had to accept that. (And he possesses an old Elvish amulet that detects evil.)

Hillary may not have been the first choice for a great many – the question is whether or not the US electorate will decide they must keep Trump from the White House at all costs. The rationale now possibly being along the lines of

Hannibal Lecter will make a better President than Genghis Khan: Lecter will only eat you if he’s hungry.

So season me up and crack out the chianti – I personally would go with that option.