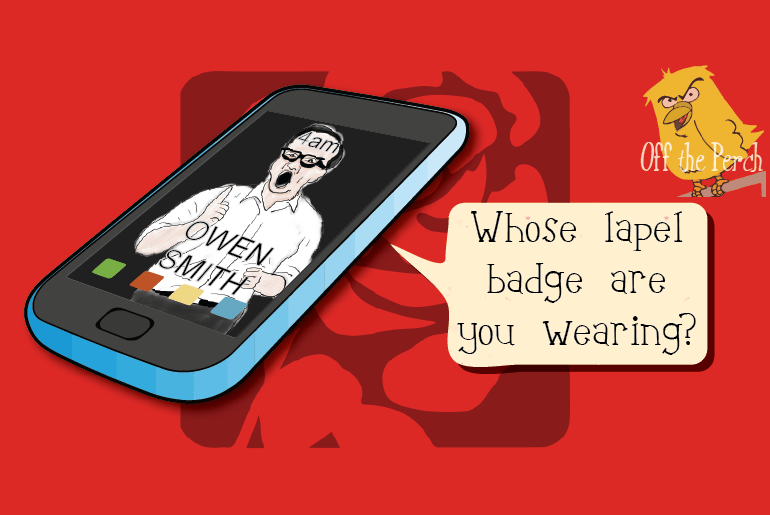 When Labour members were awoken by the sound of an incoming text message in the early hours of Sunday morning, they all knew what time it was:

But all was not as it seemed.

We spoke to two young Labour members to find out what went through their heads when they got the message:

Lisa: “When I heard my phone go off, I knew it would be someone wanting a little something-something, but I never expected the person contacting me to be Owen Smith.”

Brian: “I felt exactly the same, and although I’ve supported Jeremy all the way, I can’t say that I wasn’t a little bit curious.”

Lisa: “A little bit excited even.”

Brian: “Definitely. But when I scrolled down to see what he was offering, there wasn’t even a picture attached.”

Lisa: “Not even of his balls.”

Brian: “Not even of his sweaty back!”

Lisa: “It’s just rude really. Can you imagine waking someone up at that time of night and asking them to put out, and yet not even giving them a little sneak peak in return?”

The Smith camp has been quick to claim that when Owen decided to mass-harass several hundred thousand young Labour voters, he simply forgot to attach a picture.

This latest faux-pas has also troubled the UK’s modern masters of etiquette, however, and none more so than The Daily Mail’s Arts and Culture editor, Quentin Tryhard-Funsuckle:

Off the Perch: “Err… that doesn’t… sound right…”

Quentin: “I know – it’s hard to imagine that anyone could possibly be so uncouth. And yet here comes Owen Smith. He’s just a ghastly creature really, and to think we all thought he couldn’t sink any lower than his penchant for domestic abuse metaphors.”

Off the Perch: “Would you say that d*ckgate is a bigger blunder than when Jeremy Corbyn didn’t quite nod enough that one time?”

Off the Perch: “Since Prince Phillip what?”

Quentin: “Everything, just since Prince Phillip.”

Although Smith does claim that the lack of a d*ck pic was an oversight, he still hasn’t sent one out to compensate for this early omission – leading many to speculate that he may have taken advantage of his position at Pfizer and overindulged on Viagra – leaving his todger as worn-out and limp as his suggestion that we should replace zero hour contracts with…

The fact that Owen is once more being ridiculed by the media begs the question:

WHO IS THIS PERSON FOR?

Unfortunately for J.K. Rowling and Ross Kemp, they’ve backed a New Labour stooge who has the uninspiring wishy-washiness of Ed Milliband, the supposedly unelectable policies of Jeremy Corbyn, and maybe, just maybe, the shrivelled genitalia of a long-term Viagra abuser.

At least that’s what we assume his genitals look like, because the f*cking tease refuses to give us a look.