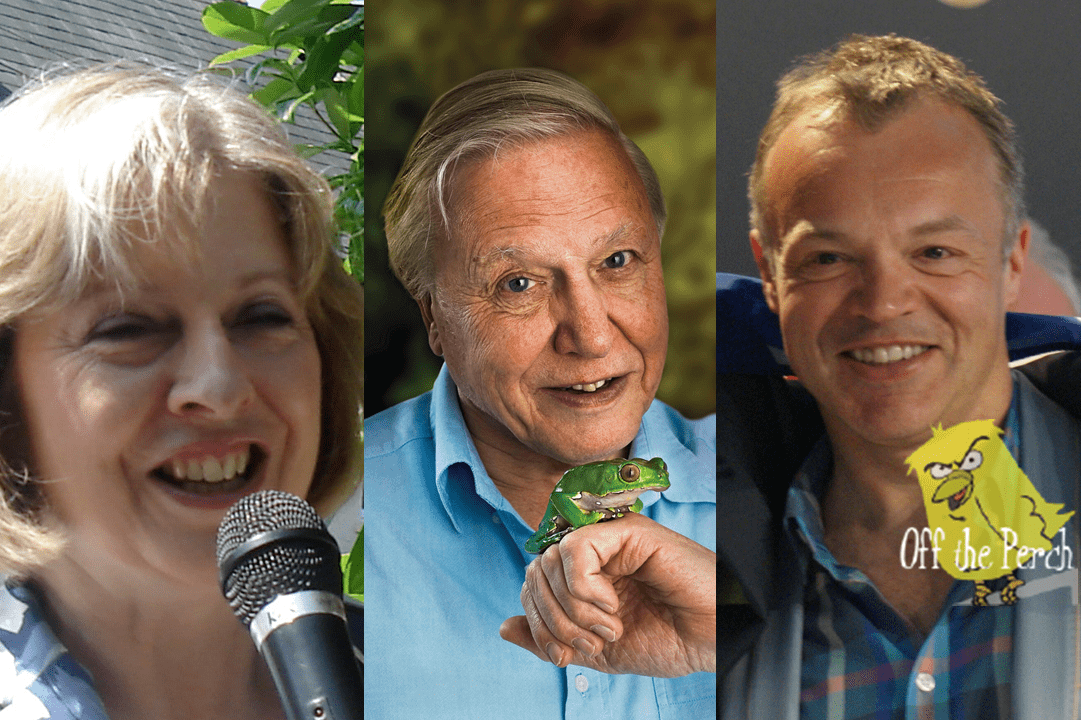 The UK’s favourite long-established, licence fee-funded public service state broadcaster, the BBC, has been told to come clean over the popularity of its top stars.

The Beeb has already pledged to reveal which big names are sufficiently popular to earn almost as much as a second-rate Premiership footballer. But now the corporation has been told it must identify every member of its ‘talent’ who has a higher level of popularity than Prime Minister Theresa May. This is likely to affect most of “Auntie’s” household names, such as Graham Norton, David Attenborough and Bake Off’s Mel and Sue. But with the threshold for declaration being benchmarked on the popularity of the dead-eyed Terror of 10 Downing Street, it’s going to be a long list. Especially as retired, and even deceased, performers have to be named.

Off The Perch spoke to Cecilia Gingham, an executive from the BBC’s ‘Cosy Lifestyle’ department. Although she’s not required to declare her popularity, being significantly less well-known than Theresa May, she was quick to point out:

These demands shouldn’t be seen as a comment on the likeability of our new PM but rather as a sign of the esteem in which the Great British public holds its best-loved entertainers. The fact that Tess Daly, Gary Lineker, John Humphrys, Morph and the entire cast of Dad’s Army are all vastly more popular than Theresa May is just an indication of the value that British people place on their broadcasting heroes.

Off The Perch understands that Chris Evans deliberately crashed Top Gear in order to avoid appearing in this list.