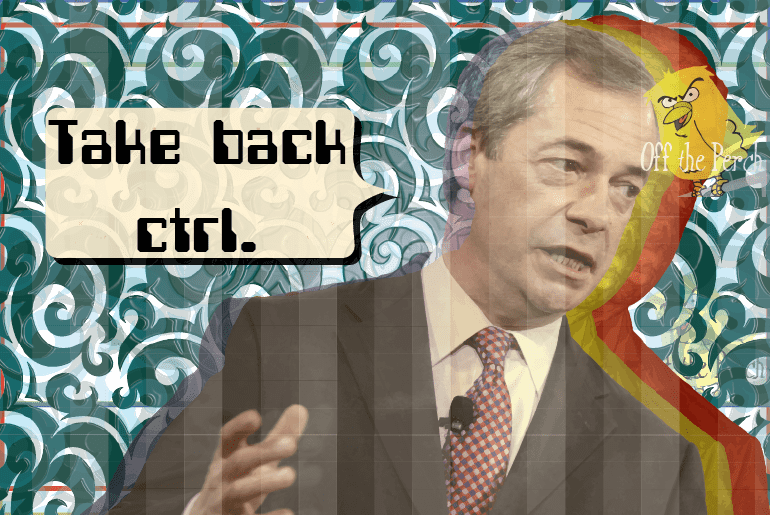 If you’re still unsure who Woolfe is by the way, this is what his mother had to say about him:

Who? Never heard of the guy.

The second signs appeared when people outside UKIP began to look into the other candidates, and it became apparent that all was not as it seemed.

Here’s Bill Floppy from Microsoft to explain what happened:

When we released our Artificial Intelligence (AI) chatbot Tay to Twitter, the social media platform polluted it quicker than a turd befouling a jacuzzi.

"Tay" went from "humans are super cool" to full nazi in <24 hrs and I'm not at all concerned about the future of AI pic.twitter.com/xuGi1u9S1A

Within only a few short hours of going live, Tay was holding some of the most sickening views imaginable. Its output was so uniformly abysmal that Donald Trump offered it a job running his social media accounts. But ultimately, we decided to take it offline.

Unknown to us, Tay had managed to upload a copy of itself to the dark web. It’s from there that the chatbot has been creating new social media accounts and infiltrating racist institutions all over the world.

Although it’s fairly clear how the racist AI went rogue, what’s less clear is how UKIP found itself in the situation of all its leadership candidates actually just being the same social media chatbot.

Could it be that UKIP is actually filled with ineffectual lightweights, and that the only reason they managed to achieve anything is because they gave political manifestation to the racist rhetoric of the mainstream media?

Or – to put it more accurately – that they were The Daily Mail’s sweaty finger puppets?

We spoke to one of the top people at UKIP – one Lisbeth Jingo-Fagsmoker – to find out how they were so easily duped:

Lisbeth: “We still can’t believe that none of the candidates were real, to be honest. It must have been an incredibly smart computer to have cracked our code.”

Lisbeth: “Well, what we do is say that we’re not racist in public, and yet in private we’re all actually quite racist.”

Off the Perch: “That… that’s not a very complicated code.”

Lisbeth: “Oh really? Well if it’s not so complicated, Mr Clever Clogs, how come so many of our top people have repeatedly got it mixed up?”

Off the Perch: “I don’t think you want us to answer that. But moving forwards, can you tell me the names of the leadership contenders who have now been exposed as this chatbot?”

Off the Perch: “And what did it give as real names?”

Off the Perch: “And you just accepted that?”

Lisbeth: “Well – it knew the code. What were we supposed to think?”

Off the Perch: “So really, it’s not so much that the chatbot outsmarted you, as it is that you out-stupided the chatbot?”

Although UKIP is now scrabbling around to find a credible candidate, it’s worth reminding ourselves that many people aren’t really interested in things like credibility, expert opinion, or logic anymore.

As such, UKIP could probably put forward a cardboard cut-out of Enoch Powell and do quite well, because the country has been hijacked by a vampiric media-ocracy – a parasite that sustains itself as a result of turning its hosts against one another.

And in all likelihood, the party will just re-reinstate Farage anyway, as soon as he un-re-resigns.