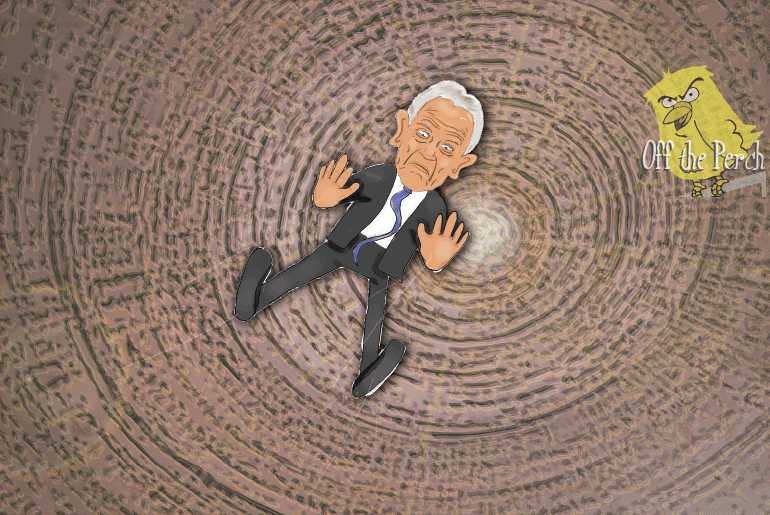 The lingering presence of Tony Blair was exorcised from the Labour Party last night. Surprisingly, the exorcism itself was carried out by the most unexpected of exorcists – namely the Blairites themselves.

The Blairites have long taken offence to the object of their obsession being turned into a derogatory term – largely because they feel that the political ideologies embodied by Blairism are actually pretty smashing – ideologies which include:

Having finally had enough of the name Blairite being abused, the acolytes of #SavingLabour donned their cowls and descended into the depths of their cavernous purge-atorium. Their plan was to use the same dark arts that they’d used to purge new members and expel the word Blairite from the English language – a plan which worked better than they could ever have expected.

Unfortunately for them, they didn’t take into account how closely linked Blair was to the name Blairite, and the result was that Tony was slurped out of the mortal realm through some sort of malevolent hell-vortex – much like a spider being sucked down a plughole.

The years had not been kind to Blair’s political legacy, as it had became increasingly apparent that all of the fragile progress he made was built on a foundation of corruption, war and disparity. As such, Tony took what was left of his political life-force and bound it up in the name ‘Blairite’ – much like how Sauron encased his power in the one true ring or how the one-hit-wonders of the 1990s poured all of their talent into Cotton-Eye Joe, Breakfast at Tiffany’s, and Mambo No. 5.

Now that the word Blairite has been deleted from the word bank of existence, the New Labour types are having to come up with a new title for themselves.

Whatever they decide upon, you can probably bank on it not being a very good idea, as they haven’t had one of those since Blair himself realised how much political mileage you can get from simply never telling people your true intentions.

Said political mileage has now built up to breaking point, however, and the shiny new motor of yore is little more than a decrepit old shed on wheels.