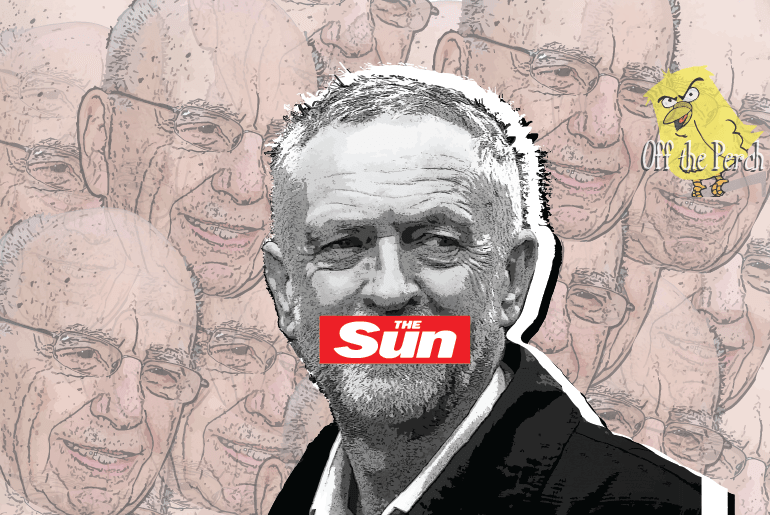 No – I literally can’t even type it.

Essentially, one of the people it employs to generate puns accidentally left a USB stick containing all of their upcoming Jeremy Corbyn smears on a bus. Off The Perch’s extensive links in the bus driving community mean we’ve been able to get our hands on the stick without the usual squalid bidding war.

If you’re trying to avoid spoilers about what you will be led to believe about Jeremy Corbyn in the upcoming months, you should probably stop reading now.

The list of over 10,000 potential smears includes the following:

Which isn’t surprising, because if you can get away with the sort of horror that they regularly perpetrate, you don’t really need to waste your time pretending that you give a sh*t.