Labour “is being infiltrated by the Levellers”, warns Watson - Canary 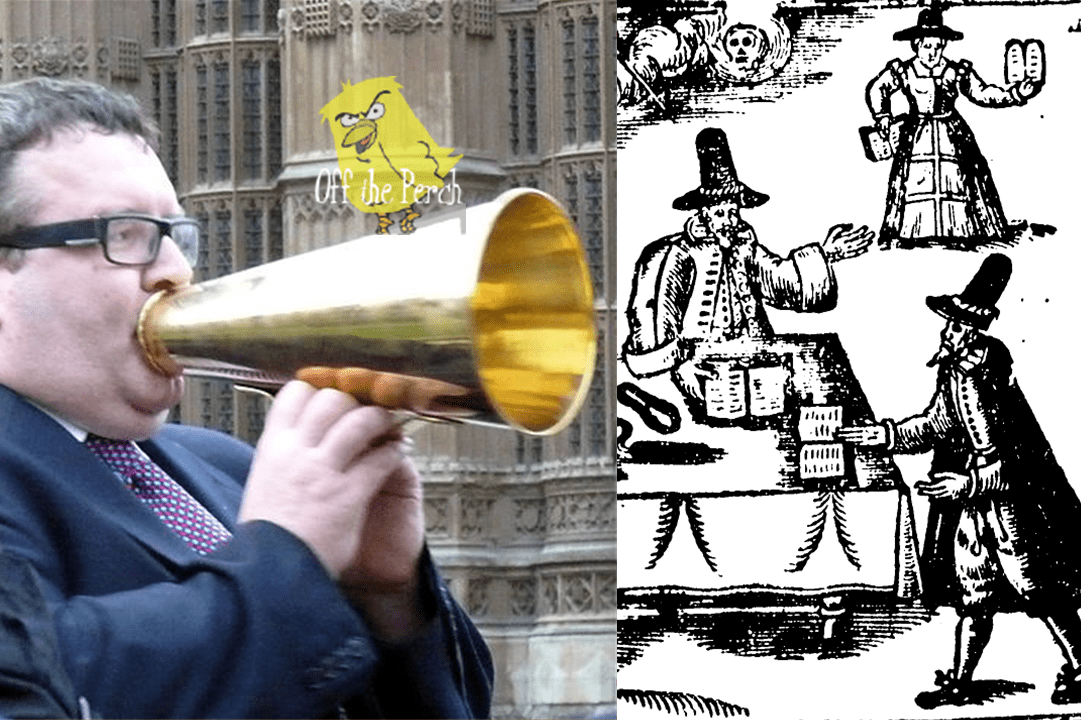 In a clarion call to Labour members, Tom Watson has warned that the party is under threat from followers of obscure radical fringe movements. Even people you might have thought would now be far too old to still be alive are apparently sneaking into CLP meetings, #JezWeCan rallies and Momentum raves. Ditching their normal attire of donkey jackets and in some cases very tall hats, they’re donning the tight jeans and hopeful expressions of the Corbynista youth and spreading subversive notions such as equality and democracy.

The worst culprits, apparently, are the Levellers, a freedom-loving group from the days of the English Civil War, some of whose members later moved to Brighton and formed a crustie band which seems to have been going forever. Using seventeenth century torture methods such as ‘arm-twisting’, these ideologues from back in the day have been convincing youngsters to question the divine right of the Parliamentary Labour Party to govern. They also oppose zero-hour contracts and the right of lords to use dung from the commons to fertilise their own crops.

Speaking to Off The Perch via text message, Watson attempted to clarify his comments: 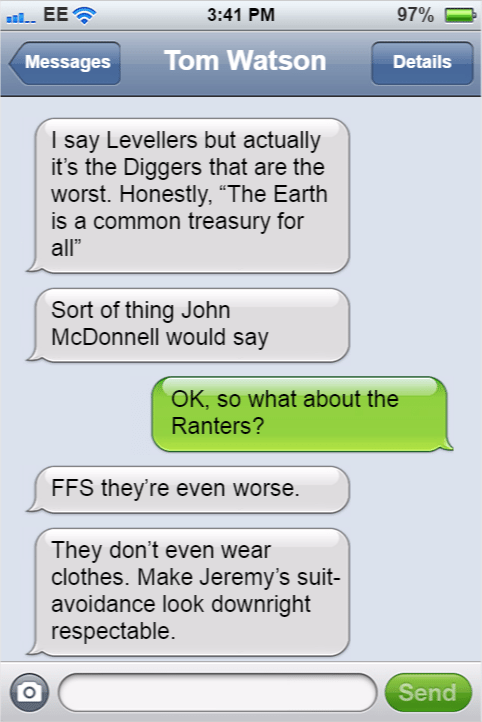 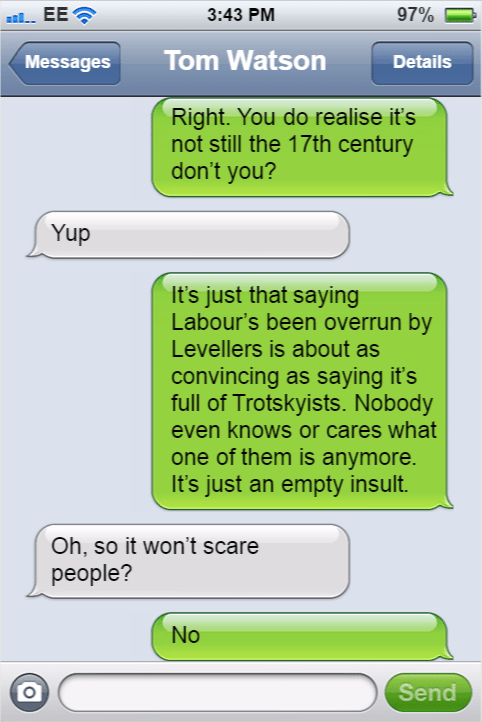 Which didn’t clarify much except to highlight that Watson’s thinking is even more outdated than OTP’s phone. Who knows in what direction the mud will fly next? Off The Perch advises supporters of the women’s suffrage movement, and anyone who thought Magna Carta was broadly a good thing, to watch their backs.