A short right-wing guide to stereotyping your opponents - Canary 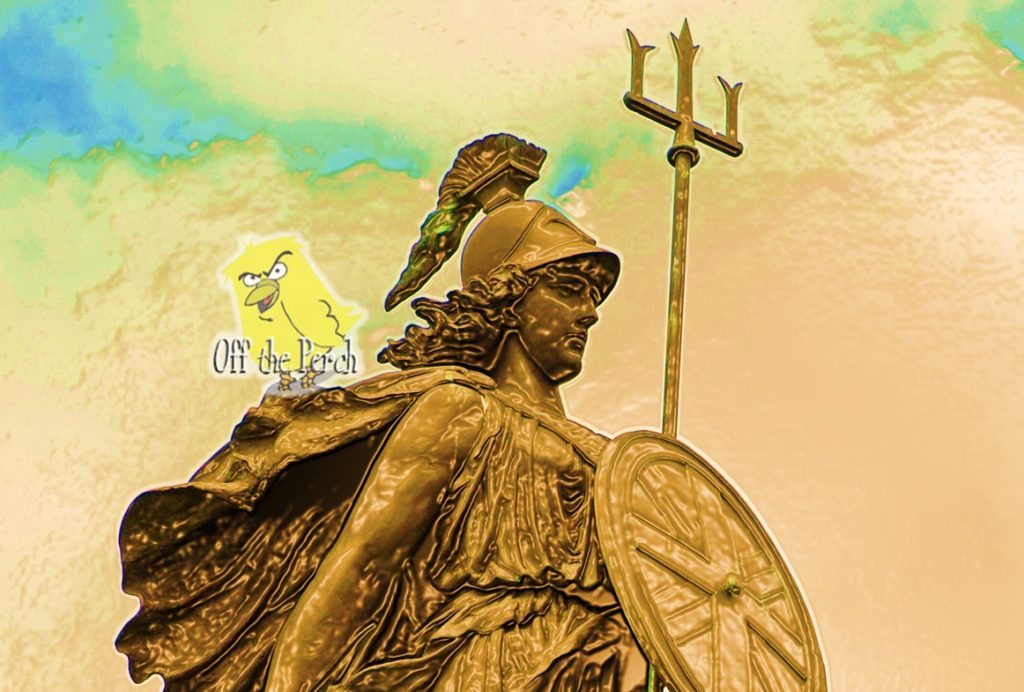 Off the Perch has been required, under a new government wheeze, to employ at least one right-wing writer. Frank Lee-Bull has already made waves on the team (apparently hoping to emulate his idol, the voluptuous power-freak Britannia), but we’ve fortunately managed to get some peace and quiet by sending him over to Rio 2016. Here’s hoping he’ll get lost among all the Olympic hullabaloo.

At Off the Perch, we’ve been baffled by the capability of some right-wing ‘journalists’ to stereotype their opponents – usually in the most ridiculous ways imaginable. Whether it’s assuming that critics of Israel are somehow all antisemites, that millions of Muslims are somehow responsible for the acts committed by a tiny handful of people, or that Scottish people are somehow a danger to British democracy because they got sick of Westminster parties selling them down the river, slanderous generalisations are clearly aimed at exerting political influence over potential readers. But what actually goes on in the heads of these so-called journalists?

In our search for enlightenment, we recently asked Frank Lee-Bull to teach us how offensive stereotyping works. Here’s our conversation:

Off the Perch (OTP): So, Frank, I’m basically going to give you a scenario, and then you’ll work your libellous magic. How does that sound?

Frank: Well, I’d disagree with your communist terminology right off the bat, my lefty inferior, but I shall indeed translate the contexts you present to me into completely fair and balanced headlines – free from all Marxist propaganda.

OTP: Cool. Let’s get started with a common target for you guys, then – Labour leader Jeremy Corbyn. Here’s the situation: A small handful of Corbyn supporters admit to knowing who Leon Trotsky was.

OTP: Okaaaay… How about: Corbyn once shared a platform with a man who believed the penguin population of Antarctica was getting a bit out of control.

OTP: Wow. You’re not holding back, are you? Alright. Next one: Left-wing paper The Daily News had a couple of typos in an article it released yesterday.

OTP: [*Shakes head and rolls eyes in disbelief*] Next: Corbyn supporter group Momentum contains a man who once believed in Father Christmas. He has since renounced this view.

OTP: You’ve got a gift for this, Frank. OK, final one: Students launch peaceful protests against the increase in tuition fees. One or two shout obscenities about the government.

OTP: I’m not even sure how that one works, Frank. Could you…

Frank: Easy, my good man. The true truth knows no bounds, and I’m truly bound to the principles of journalistic integrity. Try me.

OTP: Fine. How about: My 6-year-old nephew accidentally broke my phone last weekend.

Frank: ‘Children Plot a Vicious Campaign of Destruction to Send Us Back to the Dark Ages’

OTP: Erm… I saw a dog eating an ice cream off the floor the other day.

Frank: ‘Rabid Dogs Try Are Trying to Steal All Our Ice Cream’

OTP: Alright, Frank. We’ll stop there. I think I get the picture. Pretty simple, and pretty disturbing at the same time! Many readers would almost certainly be hooked in by your headlines, and that would probably make you more money. I guess nuance and balance have no place in your book. Probably a harder sell, right?

There’s a big lesson to be learned from Frank’s flabbergastingly fantastical headlines. He and many of his right-wing colleagues in the media clearly care much more about making money and rubbishing the beliefs of their opponents than they do about truly informing the public. And to do so, they make complicated issues seem ‘black and white’.

But that’s a bit like taking pain killers when you’ve broken your leg. While it might not solve the problem, it definitely makes life easier. The only problem is when citizens up and down the country have broken legs. Then, you either have a booming mobility scooter industry, or a nation that can’t move. And Off the Perch gets the feeling that Frank and his pals don’t really care about that. Or maybe they just have a vested financial interest in mobility scooters. Who knows?