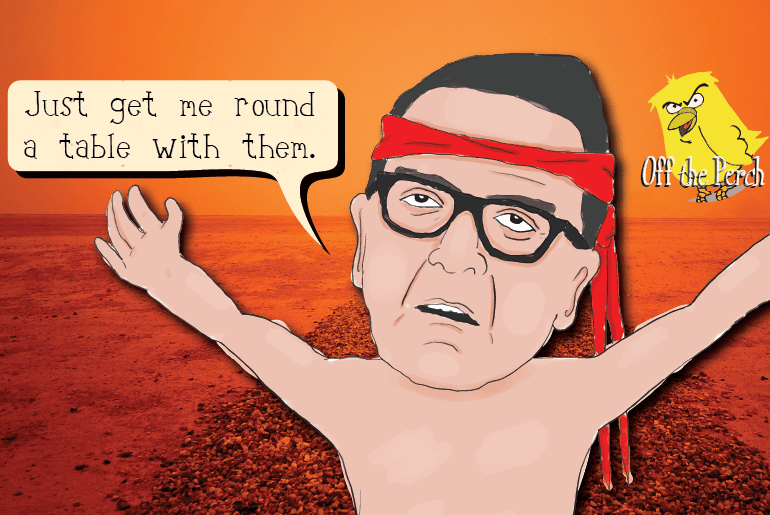 Owen Smith was somewhat embarrassed on 17 August when his proposal to sit round a table with Daesh (Isis/Isil) left many questioning the man’s competence. In fact, the move was so widely regarded as evidence of a confused mind that even the logic laissez-faire brains behind Daesh didn’t know what to make of it.

We spoke to Lisa Someone-Orother from the Whatchamacallit Institute to try and work out exactly what’s going wrong in Owen Smith’s skull-soup:

The problem is that Owen Smith is attempting to replicate Jeremy Corbyn without really understanding Jeremy Corbyn. He is generally getting it right by just lifting policies and then sexing them up a bit – knowing full well that he doesn’t have to worry about implementing them, because he never, ever would.

Where it all falls down is when he gets confused about what Jeremy actually is and what the right-wing are painting him as. In this instance, Smith incorrectly believed that what Corbyn’s supporters want is some sort of mad hippy who thinks all Daesh fighters need is a good hug and some organic scones.

That isn’t what Corbyn’s supporters want, though.

What they want is someone who will always talk until talking doesn’t work, will wage war only as a last resort, and will stay the f*ck out of it when it’s nothing to do with us and when the only thing we’re going to do is make the situation a thousand times worse.

Since yesterday’s humiliation, Smith has seemingly flip-flopped entirely. In fact, the would-be leader is now saying that he only wanted to get the terror group round a table so that he could “get at Daesh’s top boy and knock him back on his heels”.

The MP also attempted to tear his shirt off in one go – a task which he had no chance of achieving, as it was a fairly nice bit of clothing.

Not to be outdone twice in one day, Smith tried removing the shirt like you would a t-shirt, but the sartorial integrity of the clothing once more outdid him, and he found himself with one arm out and the other completely stuck.

Ten minutes later, his pants were round his ankles, his body was tied up in knots, and one of his shoes had come off and got stuck in his mouth.

And of course, the Smith fans all remarked without a trace of irony:

Didn’t he look good up there?!

His backers within the Parliamentary Labour Party were somewhat less enthused, though, as they all frantically texted David Miliband – sending so many desperately typed messages that the wayward politician’s inbox couldn’t take the strain, and actually ended up catching fire a little bit.

According to another source within the Labour Party, Smith’s next move after badly losing this contest will be to adopt a similar role to losers like Yvette Cooper or Neil Kinnock – i.e. that he will materialise periodically to criticise Jeremy Corbyn’s ability to win.