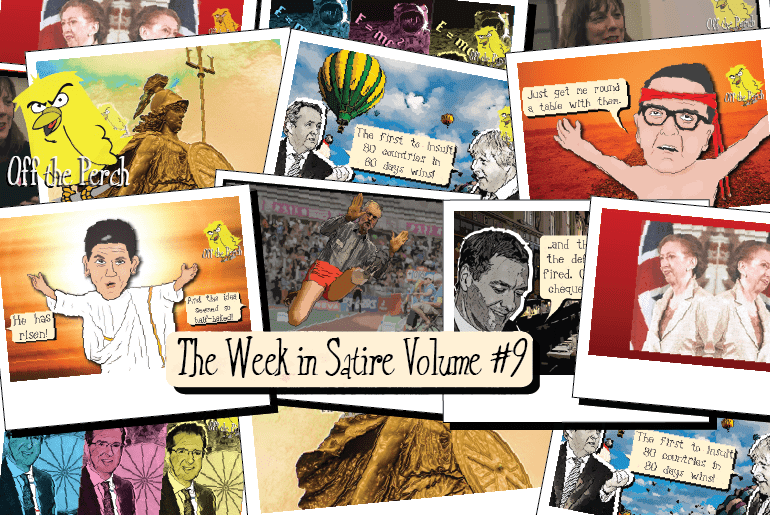 A week in which Owen Smith proposed having ice creams with ISIS (Daesh), Nigel Farage’s moustache was pictured canoodling with Donald Trump’s wig, and Jeremy Corbyn let the world know he was too good for first class and sat on the floor in protest. 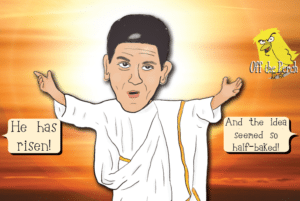 David Miliband to return from parallel universe where he’s popular

If you’re unfamiliar with David, he essentially looks like a child’s drawing of Tony Blair that’s been repeatedly photocopied until the definition has bleached out. In fact, the queasy feeling of facsimile that clings to him is so strong that many believe he was part of a New Labour cloning programme, which was enacted to ensure their politicians lacked: 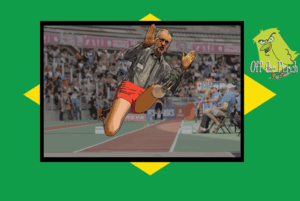 Off the Perch has been required, under a new government wheeze, to employ at least one right-wing writer. So here’s Frank Lee-Bull. We’ve managed to get him out of the office at last but unfortunately he keeps filing copy.

Our great nation sits just a whisker away from the top spot in the medals table for the 2016 Rio Olympics, but one man can take absolutely no credit for this colossal achievement. Britain-hating Labour leader Jeremy Corbyn hasn’t won us a single one of those medals. 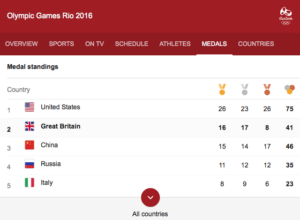 Off The Perch sent me to Rio to cover the games. I suspect my commie editorial team thought it convenient to place me on another continent while the Labour leadership battle carries on. Well, the joke’s on them, because nothing has clarified my thoughts on the beardy-faced, walking disaster zone that is Jeremy Corbyn like my weeks in Rio. 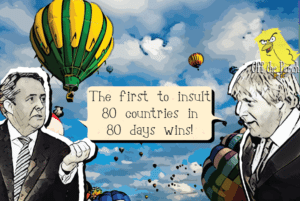 It was always expected that there would be tension between David Davis, Liam Fox, and Boris Johnson – the ministers who Theresa May appointed to clean up the mess that they…

…that is to say the ministers that she appointed to oversee Brexit, foreign trade, and whatever it is that Boris thinks he’s doing.

Despite the fact that these are largely awful men who would probably struggle to get along with themselves, the PM decided to stick them all in the same mansion together – which to the over-privileged sensibilities of a Tory big beast is a situation more demeaning than that of being a battery farmed gammon-hog. 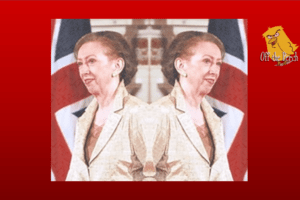 Former Foreign Secretary Margaret Beckett has decided that people shouldn’t be allowed to change their minds. Apparently, joining Labour because you like the direction in which Jeremy Corbyn is taking the party should now be seen as a lifetime contract on a par with satanic pacts and gym memberships.

In a wide-ranging piece of advice, which could have ramifications for anyone buying a house, accepting a job, or choosing whether or not to wear a coat, Beckett has indicated that future changes in circumstances are no excuse for wavering. Simply leaving the Labour Party because it foolishly ditched the person responsible for completely reviving its membership would betray a lack of commitment to the concept of the Labour Party, Beckett suggested. Rather than becoming attached to a particular individual and the values he stands for, members should commit themselves to the party’s deeper ideals, such as the colour red and having a picture of a rose. 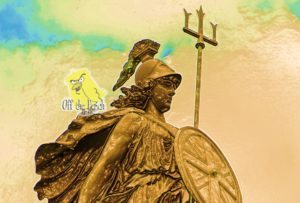 A short right-wing guide to stereotyping your opponents

At Off the Perch, we’ve been baffled by the capability of some right-wing ‘journalists’ to stereotype their opponents – usually in the most ridiculous ways imaginable. Whether it’s assuming that critics of Israel are somehow all antisemites, that millions of Muslims are somehow responsible for the acts committed by a tiny handful of people, or that Scottish people are somehow a danger to British democracy because they got sick of Westminster parties selling them down the river, slanderous generalisations are clearly aimed at exerting political influence over potential readers. But what actually goes on in the heads of these so-called journalists?

In our search for enlightenment, we recently asked Frank Lee-Bull to teach us how offensive stereotyping works. Here’s our conversation:

Off the Perch (OTP): So, Frank, I’m basically going to give you a scenario, and then you’ll work your libellous magic. How does that sound?

Frank: Well, I’d disagree with your communist terminology right off the bat, my lefty inferior, but I shall indeed translate the contexts you present to me into completely fair and balanced headlines – free from all Marxist propaganda.

OTP: Cool. Let’s get started with a common target for you guys, then – Labour leader Jeremy Corbyn. Here’s the situation: A small handful of Corbyn supporters admit to knowing who Leon Trotsky was. 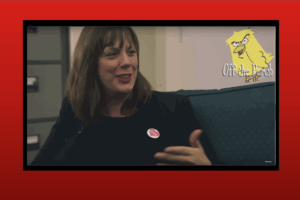 Jess Phillips will stand in the next five leadership challenges if Jeremy Corbyn defeats Owen Smith and is re-elected leader, it has been announced.

Jeremy is not a good leader, and not just because he’s a man. His biggest problem is that he isn’t me. And that is why, if Jeremy wins the current leadership contest, I will be making a leadership challenge the very day of his victory. Furthermore, I’m prepared if necessary to stand in up to five leadership challenges. Every couple of months if that’s what it takes. 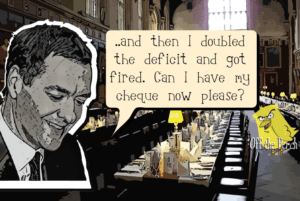 When the anti-Brexit boat that Osborne had limply nailed his colours to capsized, most assumed his career was shipwrecked – doomed to spend eternity as well-remembered as the many sea vessels which weren’t the Titanic.

But others claim it’s unlikely that Gideon will be forgotten, because he is set to go down in history as the most incompetent British chancellor ever. Partially, this is because he espoused a theory of economic recovery so historically debunked that there are cave paintings advising against it. Equally, it’s that he had the appearance, mannerisms, and wits of a chirpy, cult-movie drug addict.

Yet others have decided that Mr Osborne did a fantastic job, and these are the people who run the world famous AFTER DINNER CIRCUIT OF EVIL. 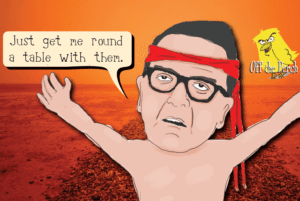 Owen Smith was somewhat embarrassed on 17 August when his proposal to sit round a table with Daesh (Isis/Isil) left many questioning the man’s competence. In fact, the move was so widely regarded as evidence of a confused mind that even the logic laissez-faire brains behind Daesh didn’t know what to make of it.

We spoke to Lisa Someone-Orother from the Whatchamacallit Institute to try and work out exactly what’s going wrong in Owen Smith’s skull-soup:

The problem is that Owen Smith is attempting to replicate Jeremy Corbyn without really understanding Jeremy Corbyn. He is generally getting it right by just lifting policies and then sexing them up a bit – knowing full well that he doesn’t have to worry about implementing them, because he never, ever would. 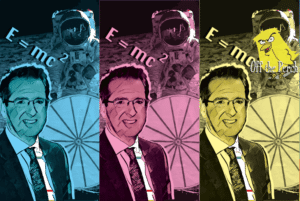 In celebration of his recent fantasticness, the users of Twitter have come together to draw attention to the less appreciated achievements of Owen Smith’s career under the hashtag #ThingsOwenDid.

But what’s your favourite achievement of Owen Smith’s?