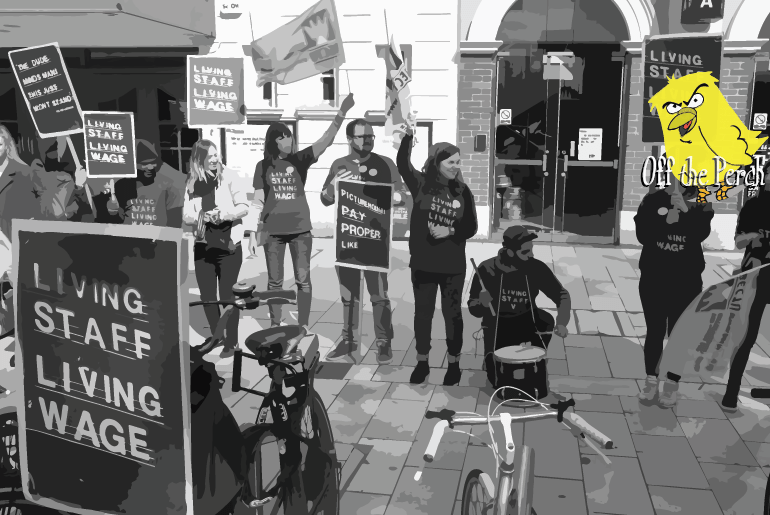 The Department for Work and Pensions (a.k.a. DWP/Dangerous Work Pricks) has announced that it will henceforth be allowing employers to introduce negative-hours contracts – a scheme which will make zero-hour contracts look like paid leave from the cat café.

For those out of the loop, an employee on a negative-hours contract starts every week owing their employer several hours of work before they get paid. So a worker on a minus-8 hour contract would have to complete an entire shift before they were in fact owed any compensation.

We spoke to one of the DWP’s top bastards about the scheme – a scheme which we thought was some sort of unfortunate typo before the vicious creature began defending it:

The people of Great Britain sent a very clear message when they voted for us – namely that people want jobs, and employers want employees. We’ve found a way of making that happen. We’re making it happen!

When it was pointed out that employees would also like to be paid, the minister began to froth at the mouth and bang his forehead with the butt of a pistol that he had suddenly produced:

Although there were several more questions we wanted to ask, the governmental freak became increasingly aggressive at that point. Primarily, this involved him pointedly loading his pistol with bullets – bullets onto which he’d carved phrases like ‘FIT FOR WORK,’  ‘IN IT TOGETHER,’ and ‘ARBEIT MACHT FREI.’

The Unions have been quick to criticise the government’s latest method of circumventing labour laws – pointing out that it will almost certainly lead to an increase in poverty/slavery.

The government responded by assuring us that measures which allow them to fine homeless people mean poverty is now a gainfully capitalised commodity, and as such will:

Make us all considerably richer. Although please don’t ask me to expand on who I’m referring to when I say ‘us’.

The DWP has also been boasting that it will pretty much eradicate unemployment, as most businesses are happy to employ people now that they can do so with very little/no cost whatsoever.

The scheme has led to some negative press, however. Particularly after Queen Elizabeth II was accidentally signed up to it, and was rudely awoken by her new line manager on the phone saying she owed them an eight-hour shift down at the local Poundland.