Boris has a smart new folder for the first day of term, but whoops... forgets his homework - Canary 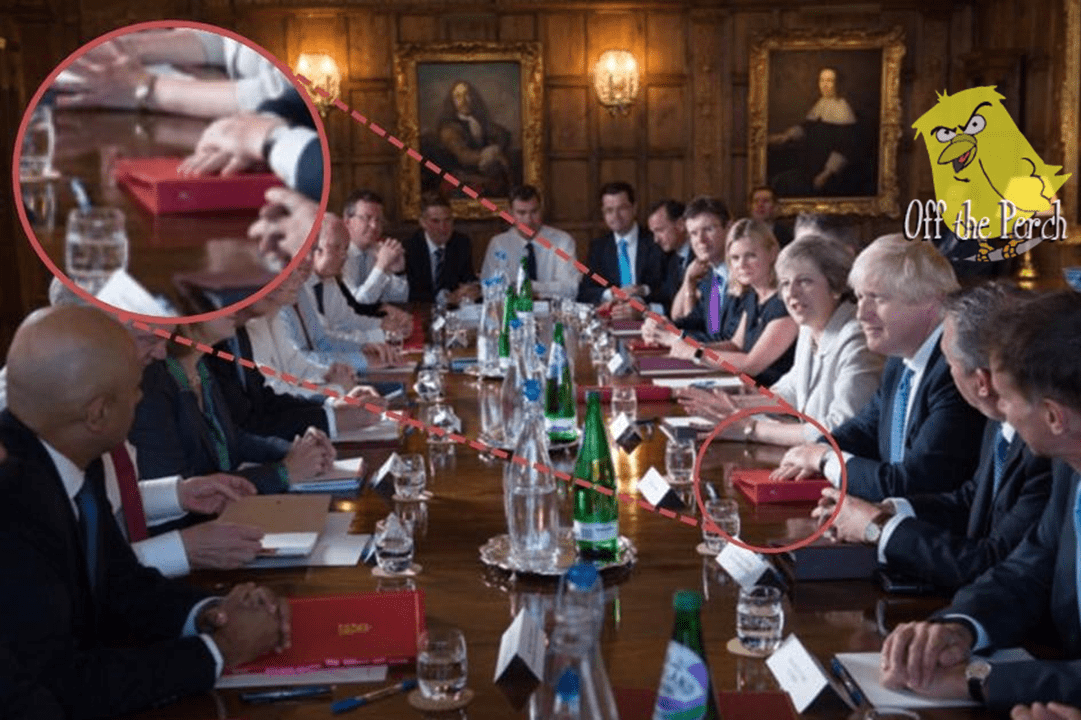 For millions of children across the country, the end of August and the beginning of September marks a transition to a new academic year. An ascension. A re-branding. A step closer to becoming a fully fledged adult. The same is kind of true for Boris Johnson.

It started, as ever, with the best of intentions. Boris was immensely proud of his smart new folder from WHSmith, but sadly turned up for the first day of school not having done the homework meant to go inside it. Aside from a few coloured-in pictures of dinosaurs and the handy calendar divider provided, our new(ish) Foreign Secretary arrived for his first lesson with Mrs May virtually empty-handed. His explanations that “the dog had eaten it” were not well received, and neither were continual references to Chequers as “Hogwarts”.

Boris attempted to disguise this fact from photographers. But amazingly, clasped hands didn’t quite act as the camouflage intended. It was only a matter of time before someone inspected the pictures more closely, putting two and two together. It seems clear that Johnson’s contribution to the Brexit talks is, in all probability, as vacuous as his shiny red folder.

According to some reports, however, he did come up with a marvellous design for a tattoo by the end of the day’s talks. So his presence was not entirely in vain. 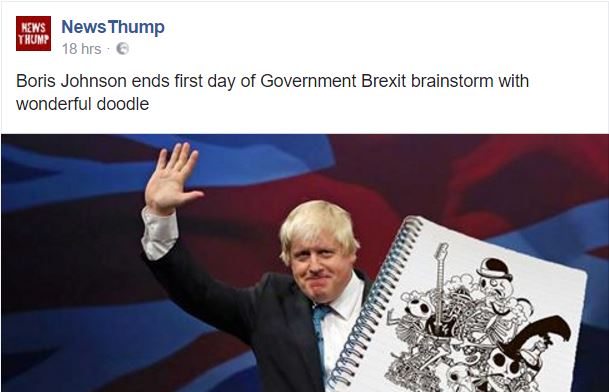 But some people have disputed the reason behind Johnson’s empty folder. A source known to Off The Perch came forward to say:

The reason Boris’ folder was empty was nothing to do with not completing homework assignments. That is not fair. The simple truth is he hadn’t been set any. What you saw in everyone else’s folders were their to-do lists from Theresa May. Boris’ list was a single side of A4 stating in capital letters, ‘DON’T BE A DICKHEAD’.

Our source, who prefers to remain anonymous, continued:

In fact, the silly b*gger’s only there because of a misunderstanding. When Mrs May was in the process of forming her cabinet, eliminating Tories who burst into flames when exposed to daylight, pickings were slim. The new Prime Minister asked for recommendations. Someone, probably Boris himself, slipped his name into the pile of candidates. Mrs May marked the suggestion ‘F.O.’, and whereas anyone who’s worked for the woman knows she’s a dreadful potty mouth and clearly meant ‘F*ck Off’, it landed in the hands of an intern. They thought it stood for ‘Foreign Office’.

That’s how we ended up with Basil Fawlty as Foreign Secretary. We all tried to get the bizarre and accidental appointment revoked, including Mrs May, but it would have required ‘far too much red tape’. And as we all know, Tories hate that stuff. It’s their Kryptonite. So in the end, we simply promised Boris that if he serves for a year and doesn’t say anything too offensive, or God forbid start a war, we’ll give him his very own unicorn.

Faced with the prospect of owning a real one (as opposed to the make-believe one the Foreign Secretary insists on keeping with him at all times), he has thus far obliged.

Perhaps more importantly, Off The Perch has been positively assured that Johnson’s empty folder was not at all representative of clueless government ministers sitting in posts they don’t understand and making it up as they go along:

Let’s not waste time discussing trivial issues like empty folders. We must focus on things that matter, like Traingate. And the fact that Jeremy Corbyn doesn’t believe in Santa Claus.