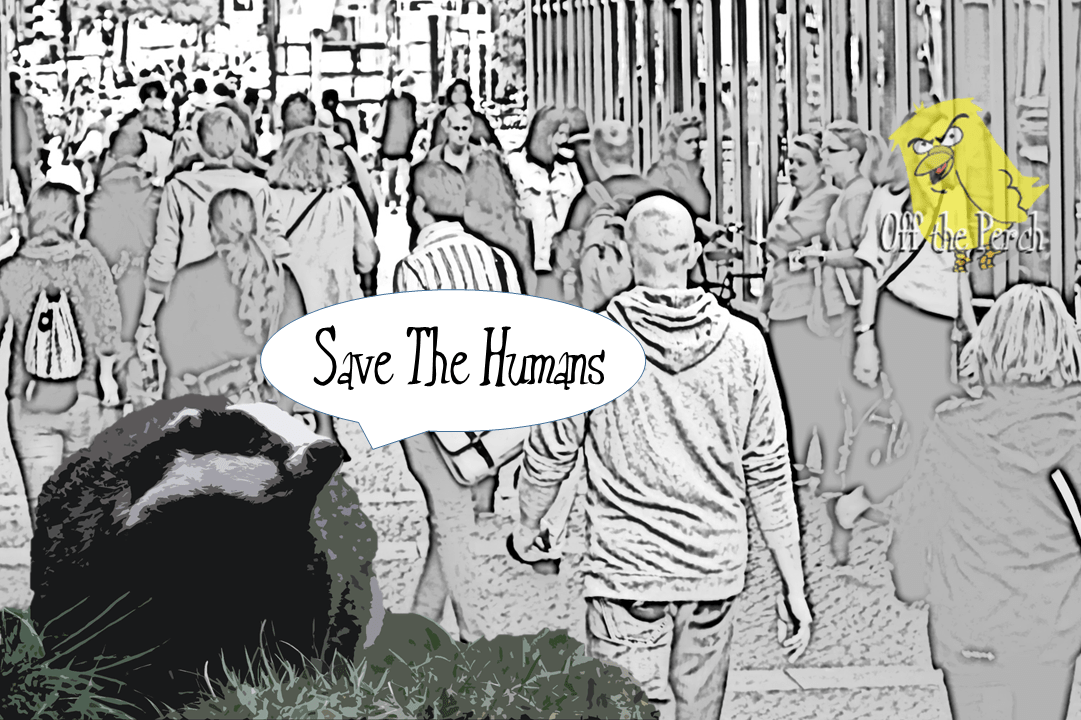 Off The Perch can exclusively reveal that there is a growing call to roll out a cull of voters across numerous constituencies throughout England.

The measure, which is being promoted by political donors and landowning types, has been touted as a last resort to tackle the growing problem of stupidity in politicians. They claim this debilitating condition is actually being spread by voters, while also asserting that voter numbers have “got out of hand”.

The cull will be carried out by government approved contractors, working to a quota system. Roughly half of the voters will be lured into modified football goals, taken from schools for the duration of the cull period and, once trapped, killed in the face with shotguns. The others will be picked off as they go about their business, by gunmen who have trained themselves by watching American Sniper over and over again and playing Call of Duty a lot. A government spokesman said that, in the event of the cull going ahead, the risk to the general public would be “negligible”.

We asked a cull supporter to explain the rationale behind the proposed scheme:

What you have to understand is that it can take years to raise an MP. You have to select a chap, or yes nowadays even a lady, who you can trust to do the right thing. Then you have years of greasing the wheels, getting him chosen as a candidate, making sure he wins the jolly election dash-it-all. And then one day you look in his eyes and realise the poor chap’s got nothing going on upstairs. It’s heartbreaking. Mostly because of all the money it’s cost to get him there. It’s pretty clear to me, and to everyone I know, that MPs are picking up this condition from the voters. So a substantial reduction in the number of voters seems like the only sensible solution.

Because all of that left us completely confused, we left him to his brandy and went off to consult a scientist:

There is a problem, yes, but a cull of voters would be a barbaric and meaningless exercise resulting in needless suffering and would almost certainly endanger the public. Political stupidity is a specific condition which mainly, although not exclusively, affects MPs. More research is needed, but it’s thought that the primary drivers include the shallow gene pool from which MPs are drawn, and the hothouse conditions in which they live. When all the MPs are cooped up in the Westminster bubble, a single daft idea can spread like wildfire, and straight away you’ve got an outbreak.

Nobody is denying that voters can occasionally succumb to political stupidity, but to suggest that they’re the main cause of it in MPs is just bad science. New research shows that MPs and voters almost never come into close proximity. And we now know that the cullers won’t even be giving the voters intelligence tests, either before or after they kill them. Unfortunately, with Andrea Leadsom as Environment Secretary, it seems likely that any sort of evidence-based approach will be off the menu anyway. She’s pretty much made it clear that certain kinds of voter are ‘vermin’, and once you’ve categorised something as vermin you can kill it any way you like.

So can anything be done to confront this impending cull of voters? We spoke to a woman who doesn’t wish to be identified, but who says that she and her friends go under the name “The Voter Pixies”:

This cull just makes me sick. I spent several months volunteering at my local school, running football clubs for young people who’ll be voters in a few years’ time. We find that the values you can instil during a good kickabout can go a long way to warding off potential political stupidity in later life. To hear that the very goals we were using have now basically been nicked by DEFRA and given to the sadists who are going to do the cull is beyond belief.

I care about voters, like any ordinary decent human being should, so all the pixies and I are going to do whatever it takes to keep them safe. If we find goals left out to trap voters, we’ll move them. If we have to stand in front of voters to stop them getting shot, we’ll do that. We don’t want to hurt anyone, but neither do we want anyone to get hurt. That shouldn’t be hard for anyone to understand.

To be honest, I don’t think this cull is about curing political stupidity. I think it’s about getting rid of voters. Landowners have never liked them. They get in the way of pheasant shoots, and 80% of them oppose fox hunting. I think this whole thing is just a cover. From the way some people are talking, you’d never know that it’s actually against the law to kill voters normally.

In other news, the government has begun year four of its grotesquely unscientific badger cull. Greatly expanded this year, the cull will attempt to kill up to 14,000 badgers. Some will be trapped, with DEFRA having to requisition traps that were being used in the much more effective vaccination programmes. Others will be ‘free-shot’, by ‘marksmen’ of varied backgrounds and uncertain motivation. In the unlikely event that any badgers are actually tested for bovine tuberculosis, there is no scientific method in place to be able to draw any meaningful conclusions. The RSPCA has described the cull as just “killing badgers for the sake of it”.

If you want to help protect voters, then good for you. Crack on.

If you want to help protect badgers, because they’re facing an even more imminent threat, you can do several things:

– TV naturalist Simon King has got a petition going.

– You can help to fund badger patrols in the cull zones.

– Contact your MP with your thoughts. Don’t worry – political stupidity cannot be transmitted by post or email.