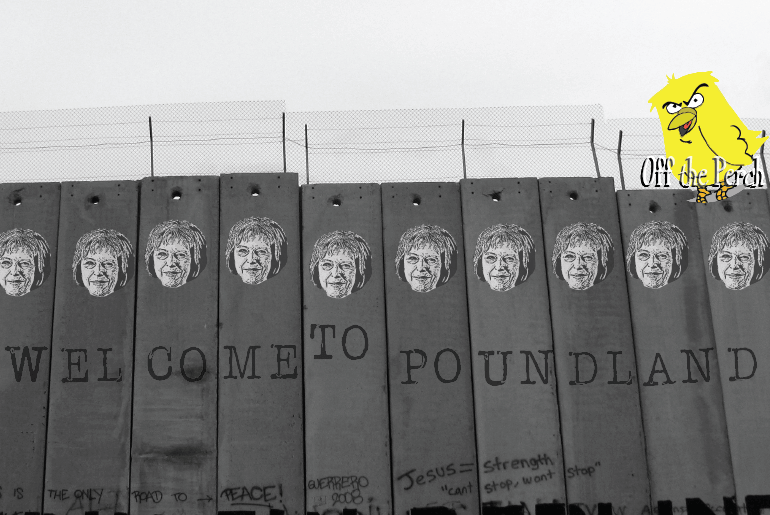 Having retired for the summer to consider how Brexit might affect inter-ethnic relations, the Conservatives have returned with an idea so fresh that you could dice it up and whack it in a KFC salad bucket – namely to build a big f*cking wall.

The wall will be on either side of the motorway in Calais as it approaches the main ferry port. This is the point where refugees and migrants are known to try and jump on to lorries in an attempt to illegally gain entry. Or at least that’s the point which is known for that now, as obviously once the wall is up they’ll have to do it a bit further up the road, which will be somewhat of an inconvenience for everyone involved.

Besides the practical criticisms, however, there are the symbolic issues which have historically always arisen when a country decides to build a massive wall of oppression out of concrete, barbed wire, and hatred.

We spoke to the world’s foremost authority on bad-walls, Prof Becky Mortar – the author of History’s Baddest Walls:

When a nation decides to build a bad wall, they are making a statement to the world, and that statement is: ‘F*ck off – we don’t want any of that, thank you very much.’

The Romans pioneered the bad wall with Hadrian’s Wall – a wall that said: ‘Oy – you lot. We’ve got our eyes on you, and we don’t like it, you horrible, stick-chucking kilt-beardos.’

The Soviet Union took the idea and ran with it, building the Berlin Wall – a wall which said: ‘You can keep your Coca-Cola and Supertramp, thanks – we’ll make do with paranoia and decline.’

It was thought that the next bad wall was going to be Trump’s Great Wall of Mexico, but it looks like the UK Conservatives have once more managed to outflank the wily, American idiot, and have successfully drawn the world’s shocked attention to themselves.

Some people have argued that constructing a massive symbol of standoffishness at a time when the rest of the world is wondering if the UK is still open for business may not be the most sensible move to make.

Others have suggested that constructing barricades while avoiding the underlying issues driving migration won’t solve anything – it will simply serve to make those caught up in the human traffic feel dehumanised and hated.

Others still have argued that the wall is dead good because it will make them all go back to where they came from, and also that we don’t need foreign religions in a Christian country, and also that hopefully they all drown because they aren’t humans.

So well-thought-out arguments on all sides, really.