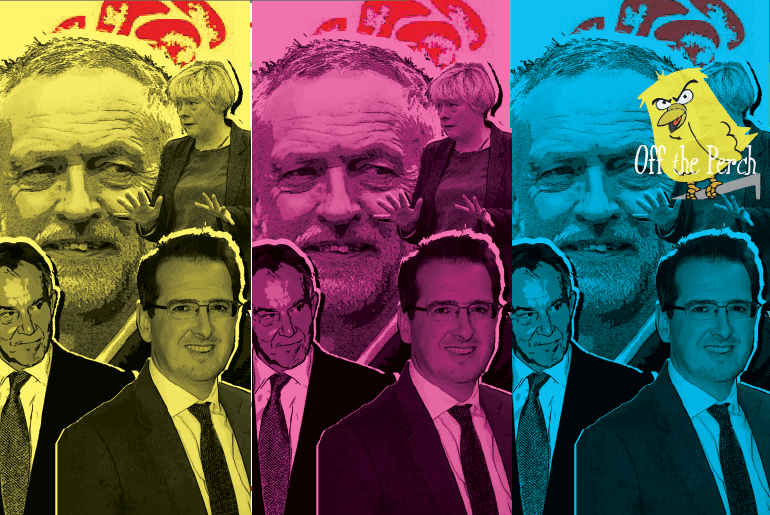 Regular readers may recall that Off The Perch ran a poll asking who you’d like to see leading the Labour Party. We even made not being a candidate, or indeed not being alive, no barrier to election. The results were fascinating and revealing, but unfortunately we dropped one very significant bollock.

In an attempt to keep him quiet, we got our irritating right-wing intern Frank Lee-Bull* to oversee the poll. We assumed he would just count the votes, but like a total busybody he decided to completely take charge. Apparently, as soon as we’d left him in his office, he was on the phone to Iain McNicol at Labour HQ asking for advice on how to set up a compliance unit.

As a consequence, the number of eligible votes in the OTP poll has been slashed from 2,268 to just 13. The compliance unit has released a small sample of reasons given for suspensions. Trevor Kidney from Lewisham was banned after writing a TripAdvisor review in which he described a stand-up comedian at The Comedy Store as:

Lobelia Reisling, 19, took a selfie with Tom Watson at the Tower of London and posted it on Instagram with the comment:

Me with Tim watson at Traitors Gate. LOL. #Awks

And Deirdre Snapchat, who has never been on social media and doesn’t even have a smartphone, was spotted on CCTV nipping into the last car park space at Bluewater, just ahead of Lord Sainsbury, who filed a complaint.

So there are two very different sets of results. We didn’t bother telling Frank that the original poll actually displays the votes cast so those are still visible.

Faring rather better are “Others”, who’ve amassed 105 votes between them, although they may not all be alive, or Labour Party politicians, or real. Legendary bastions of the Labour left, Dennis Skinner (135), Aneurin “Nye” Bevan (188), and Tony Benn (239) showed that youthful vigour is not an electoral necessity.

Intriguingly, Corbyn’s share of the vote (66%) is not a million miles from the predictions of some pollsters (although any comparison would not be scientific).

But, of course, the compliance unit had to do its work once that champion eejit Lee-Bull had set the wheels in motion. And so the final, compliance-approved, certified-democratic, 100% official, binding and believable result is:

It seems a Smith voter was excluded, though, on the basis of the following tweet: 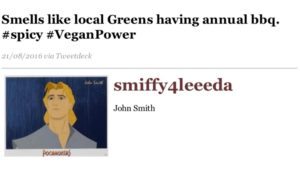 *We’re required to employ a token right-winger under a government scheme. We sent Frank to Rio 2016 to be a sports reporter, but sadly he’s back already because he doesn’t think the Paralympics are real.